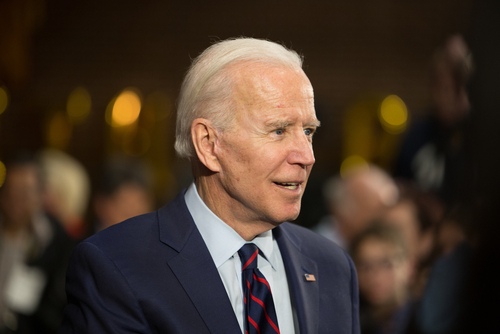 El Paso, Texas, Councilwoman Claudia Rodriguez revealed the astonishing lengths her colleagues will go to preserve Joe Biden and the Democratic Party at the expense and risk to the safety of the folks they have sworn to protect. The El Paso County Democrats are attacking her openly because she cares more about the people suffering in her town because of Biden’s broken border. EPDP appears more concerned with providing cover for Biden before the election than defending their neighborhood.

El Paso was inundated with approximately 2,000 people each day in September, which quickly overwhelmed the city’s shelters and resources and put El Paso residents at risk.

The White House pressured the Democratic mayor of El Paso, Texas, to refrain from declaring a state of emergency over the city’s migrant issue. As a result of the thousands of migrants overflowing the city’s shelters and staying in local hotels, Mayor Oscar Leeser has been urged to declare an emergency.

One of the officials told The Post that Leeser revealed in a private phone conversation last month that he had been instructed otherwise by the Biden administration.

In response, he informed me that the White House had told him not to, Council member Claudia Rodriguez remarked.

El Paso’s Democratic mayor, Oscar Lesser, declined to accept the councilors’ request for federal assistance. The city had to spend more than $8 million to alleviate the situation.

Councilwoman Rodriguez uncovered the affair by disclosing her private chats with Lesser, in which he admitted to carrying out orders from above.

EPDP made the first-of-its-kind maneuver in a nonpartisan municipal election by asking voters not to vote for Rodriguez out of fury at being exposed for preserving political power over people.

EPDP is described on its website as the El Paso County wing of the Texas Democratic Party, serving El Paso, Horizon City, San Elizario, Socorro, and the communities of Anthony and Clint. The bulk of the over half a million registered voters in the county are Democrats. According to the EPDP, they have change makers agents such as Beto O’Rourke, Veronica Escobar, and State Senator César Blanco.

The El Paso Democratic Party has typically refrained from participating in nonpartisan municipal elections. We respect the character of nonpartisan elections and prioritize voter involvement during partisan elections. In extreme circumstances, mainly when a candidate works against the principles of our community, the public has to be warned.

According to the EPDP, because of early voting approaches, they feel forced to alert the public about the incumbent re-election candidate for District 6, Claudia Rodriguez. The party is stating that Claudia Rodriguez fraudulently breached campaign finance rules. Rodriguez’s responses to a reporter’s questions regarding her violations reveal that she is ignorant of her responsibilities as an elected official or believes the law does not apply to her.

Additionally, Democrats in District 6 should be aware that Ms. Rodriguez has participated in Republican primaries in the past. She now represents and seeks election in a district that reliably elects and votes for Democratic candidates.

Of course, this is all because she sounded the alarm on the migrant crisis in ElPaso and went against her party’s wishes to get help.