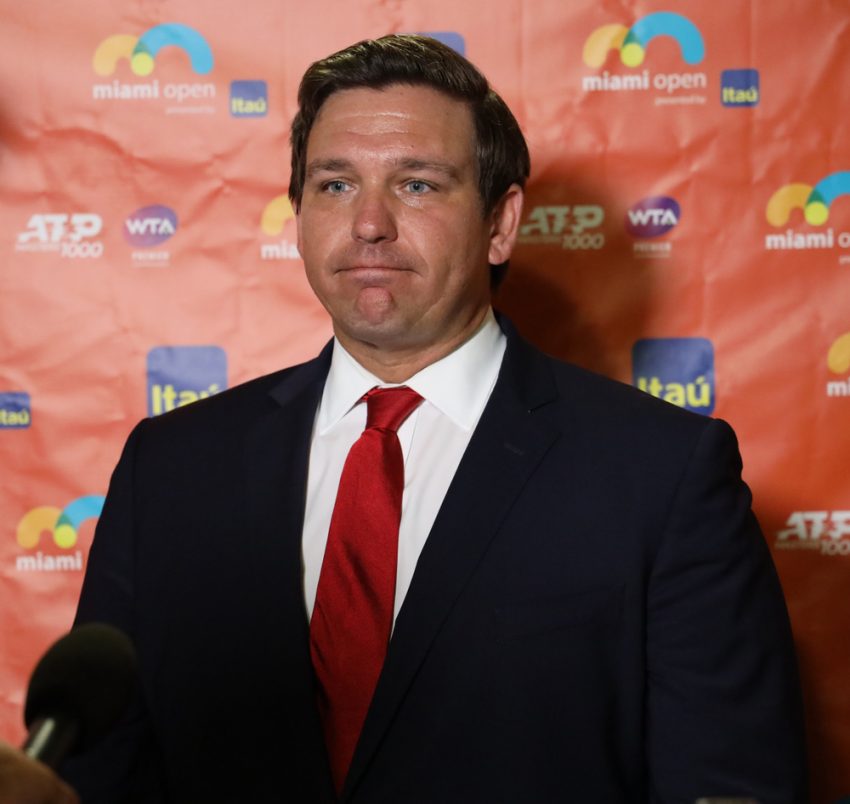 According to newly drafted rules posted Monday on the agency’s website, the state investment managers for Florida’s $200 billion pension fund can only evaluate an investment based on its risk or return.

DeSantis has rightly criticized financial institutions and executives for considering environmental, social, and governance, or ESG, factors when making business decisions. On Glenn Beck’s online show, DeSantis said he expected the new rules to “make a big splash” when passed.

According to the Governor, the state is a big pension system, so some companies must choose between sliding down the “ESG rabbit hole” or investing with the state of Florida.

A vote on the rules is expected next Tuesday when the State Board of Administration is scheduled to meet with DeSantis, Ashley Moody, and Jimmy Patronis.

DeSantis is going after the financial institution for supporting “woke ideology.”  He supported a law that limits how businesses train their employees on race and privilege. In addition, he signed legislation requiring state universities to conduct ideological surveys to prevent bias against conservative viewpoints. This was in step with tempering the woke ideologies currently harming the country. He has hinted at plans to challenge Wall Street since at least May. In Tampa that month, DeSantis addressed the Florida Bankers Association, where he accused New York banks of advancing policies through their financial power. Specifically, DeSantis criticized JPMorgan Chase, which had representatives at the event, and other banks for not doing business with gun manufacturers.

In his remarks to the bankers, DeSantis suggested that Florida could use its pension fund as a weapon against them to make them comply. Based on the State Board of Administration’s most recent monthly report, the state of Florida manages about $200 billion in retirement funds, as well as another $40 billion in other funds.

The ESG movement believes companies should recognize they have a role in solving rising external threats like climate change and racial inequality. They argue that solving these systemic problems is better for society. ESG factors do not necessarily translate into earnings or enhanced performance. Nor do ESG companies necessarily comply with what they are promoting hence the term greenwashing. Considering that there is such a broad spectrum, DeSantis wants Florida to stay out of the rabbit hole.    Florida’s new rules fall short of prohibiting state pension managers from considering environmental factors in investment decisions, an important component of the ESG Investing movement.

NPR and The New York Times report that Texas and West Virginia have proposed punishing companies that divest from fossil fuels to fight the trend toward green energy projects and away from oil and coal. DeSantis has accused the ESG movement of obstructing American energy independence, but Florida’s draft rules do not include punitive measures. Instead, the proposed policy explicitly prohibits state investment managers from taking into account “social, political, or ideological interests.”

DeSantis’ spokesman Bryan Griffin told CNN that the objective of preventing pension investments is based on political and ideological objectives in an effort to stop companies that use the ESG likeness to conceal their political agenda. Adding that the Governor is not against the environment and will continue to work to restore the Everglades, improve water quality, and research red tide. According to the new policy, Florida Retirement System pension fund managers must also vote solely in the interests of participants and beneficiaries.

The Governor has accused financial institutions of putting politics ahead of profits. DeSantis cited major banks that refuse to do business with GEO Group, a Boca Raton-based private prison company that operates detention facilities for US Immigration and Customs Enforcement.

According to DeSantis, those activists cannot implement those policies through the ballot box. He stated that certain corporations use a back door policy to hobble businesses because they know people do not want to abolish prisons, abolish ICE, or defund law enforcement.

During his press conference in July, DeSantis proposed partnering with other conservative states to drive out socially and environmentally conscious investment strategies.

In addition, DeSantis said he would put forward legislation to take on credit card companies, financial institutions, and money transfer services that block access to their services for political or religious reasons.

PayPal was accused by DeSantis of freezing Moms for Liberty’s assets. This organization mobilizes parents around conservative education priorities, and he previously criticized GoFundMe for cutting off funds to truck drivers protesting Coronavirus restrictions in Canada.

Next year, when lawmakers return to Tallahassee, Paul Renner, the presumptive incoming House Speaker, will make this a priority.

We will not relent until this dangerous form of ESG is dismantled, Renner said at DeSantis’ July press conference.