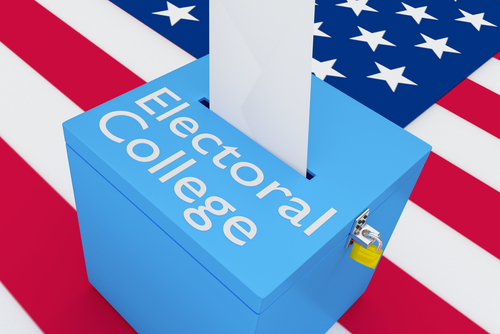 Regardless of your opinion of Florida Governor Ron DeSantis, it is difficult to deny that he has done a fantastic job of bringing the battle to the left.

Whether it’s the woke brainwashing in schools, the politicization of Disney World and professional sports, or the general tyranny of the Biden administration, DeSantis has been racking up victory after victory against these far-leftist titans.

DeSantis’s popularity has prompted him to openly declare, “Florida is where woke goes to die.”

Juan Cuba, the former leader of the Miami-Dade Democratic Party, told the Post that they were very close to the bottom of the bottom. That is a beautiful image for the conservative Republicans and a dismal picture among Democrats.

It is easy to understand why the article predicts a turbulent future for Sunshine State Democrats. First and foremost, Florida was historically a crucial battlefield state (just look at the 2000 general election). After the midterm elections of 2022, it will be evident that this struggle has been won for quite some time. Even senior Democratic operatives in Florida have a pessimistic view due to the midterm election results.

The problem with Florida Democrats is that every year they realized that just when they thought they had reached rock bottom, there are fresh abysses to plummet further and deeper into, explained Fernand Amandi, a longtime Democratic operative from the area.

Amandi then emphasized his position by stating that Florida “had been abandoned.” DeSantis has managed to flip popular blue counties like Miami-Dade red. Perhaps even more interesting, the mid-terms were ceded to DeSantis with barely a whimper. Major supporters flocked to DeSantis, while others left the Democratic nominees with little to no support.

Amandi stated that there was no strategy and no plan to rebuild the party.   It’s a condition of suspended animation and confusion, and more than anything else; it’s the understanding that Florida has been abandoned for the foreseeable future. This is huge for the Republican party. Florida recently passed New York in terms of population, an important milestone that gives Florida 30 electoral votes in the 2024 election. If you’re counting, that puts Florida in third place, behind California and Texas.

The Post reports that President Joe Biden has not confirmed that help for the Democrats is on its way to Florida. Of course, the state is home to two of the most popular Republicans, namely Trump and its current governor DeSantis. Intriguingly, the Post observed a larger likelihood of investing in Florida if former President Donald Trump is the actual nominee for the Republican Party in the 2024 general election.

According to a Biden advisor who spoke anonymously to discuss strategy, a re-election campaign’s choice to engage in Florida would depend partly on the Republican nominee. Some Democrats see little chance of challenging Florida’s 30 electoral votes in 2024 if DeSantis is the nominee. Still, there is a bigger chance if former President Donald Trump gets the Republican nomination, the story added. The reasoning for this could be that Trump is a little more controversial than DeSantis, and Trump also comes with many entanglements.

“There are no wealthy or motivated Democrats in Florida,” said John Morgan, a big Democratic contributor in central Florida.

While recalling his tenure at the command, Diaz echoed the same despair as other discontents. Diaz said he hit a wall; he found barriers to securing the resources and a long-standing, systemic, and deeply entrenched culture resistant to change. Diaz also stated that individual agendas were more important than the team, where self-interest dominates, and bureaucracies prioritize self-preservation.

Again, say what you will about DeSantis, but you cannot deny that he has given the GOP a strong footing in a historically competitive state. At the very least, he is pushing Democratic operatives to twist their hair out by investing more time and money in Florida, which means less money in other swing states like Ohio.

DeSantis is achieving results at the direct expense of Democrats, who love or loathe him. That is a triumph.