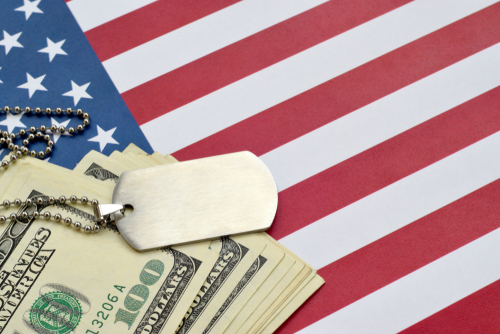 Senate Republicans have proposed an amendment to the yearly National Defense Authorization Act (NDAA) that would remove wording from the Democrats’ version of the bill that would expand the military conscription to include women.

The “Don’t Draft Our Daughters” amendment deletes Section 521 of the proposed NDAA for the fiscal year 2023. The “male person” language would be substituted with gender-neutral “person” in the Democratic draft so that women may be drafted.

Democrats cite the 1964 Civil Rights Act as the reason for the shift.

Last year, House Armed Services Committee Chairman Jack Reed, D-Rhode Island, stated he believes our current force would not be as effective and efficient without women. He added that most Women think and feel they should not register, and Reed said he believes they ought to.

Democrats were compelled to delete the provision from the NDAA for the fiscal year 2022, owing partly to a similar effort led by Hawley. In June, the senator from Missouri told Reed that he and other Republican senators would reject any wording in this year’s NDAA that would authorize a female draft.

According to Hawley, it is unethical to force our daughters, mothers, spouses, and sisters to fight in our conflicts. At every time in our nation’s history, we should honor the women who have voluntarily served our country and appreciate the women who have played a crucial part in protecting the United States, Hawley explained to Fox News Digital.

However, volunteering is distinct from conscription, which is why it was removed from the NDAA last year. Hawley hopes his colleagues will join him again to guarantee that Congress does not modify the rules to oblige women to register for the draft in our nation.

A Pentagon spokeswoman informed Fox News Digital that the Department of Defense does not comment on pending or proposed legislation.

The Supreme Court deferred a case that may have forced women to be enrolled in the U.S. Selective Service System (USSS) last year, citing Congress’s continued engagement with the matter.

According to the authorities, individuals born female but identified as male are not required to register for military conscription.