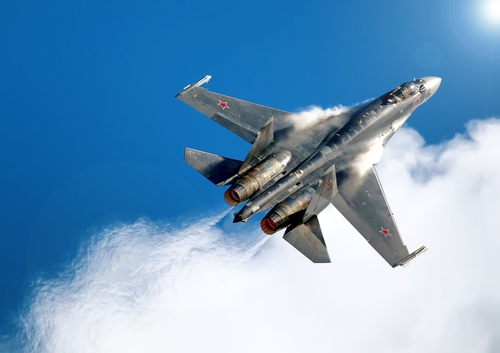 Ben Wallace, the U.K.’s defense minister, disclosed that a Russian fighter plane “fired a missile” near a British aircraft in international airspace over the Black Sea due to a mechanical problem.

Wallace stated we are fortunate that the incident did not develop into a worse situation. In addition, he said that Russia occasionally acted irresponsibly by flying as near as 15 feet (4.6 meters) to NATO aircraft.

Since 2019, routine British surveillance flights over the Black Sea have been accompanied by armed aircraft following an incident on 29 September.

He informed the House of Commons that the event took place in “international airspace” and that an “unarmed RAF RC-135 Rivet Joint” was “interacted with” by two Russian SU-27s, one of which fired a missile in the area of the RAF Rivet Joint beyond the visible range. It is not uncommon for airplanes to be shadowed, and he stated this day was no exception.

The whole duration of the Russian aircraft’s contact with the Rivet Joint was roughly 90 minutes. The aircraft finished the patrol and returned to base.

Wallace informed the Commons that Russia claimed a “technical fault” for the missile launch.

In light of this potentially risky engagement, Wallace has conveyed his concerns directly to his Russian colleague, defense minister Sergei Shoigu, and the head of the defense staff in Moscow.

Wallace said he made it plain that the aircraft was unarmed, in international airspace, and following a predetermined flight route.

In a response dated 10 October, the Russian defense minister indicated that an inquiry into the incident’s circumstances had been completed and that a technical fault of the SU-27 fighter was to blame. Additionally, they confirmed that the incident occurred within international airspace.

He stated that he had also spoken with his Turkish colleagues about the incident and that Turkey had given the United Kingdom all the support it needed.

“We do not view this as an intentional Russian escalation.” According to our study, Wallace added that this was a malfunction, but it serves as a reminder of how risky it can be to utilize your fighters in the manner the Russians have for many years.

He continued, while this was certainly the release of a weapon, we have witnessed extremely close flying alongside U.S., NATO, and British assets in recent years. In one instance, a Russian fighter reportedly came within 15 feet of a NATO aircraft. That is irresponsible and needless and places many people’s lives in danger; we are fortunate that the situation did not worsen.

Despite the conflict in Ukraine, it is possible to communicate with the Russian military defense, when necessary, Wallace said, adding that there was a constant line of communication available but that the incident demonstrated that the United Kingdom was walking a tightrope on which the proper calibration was essential.

Wallace stated that the west was dealing with a Russian leadership that was “not beyond making incorrect calculations or feeling the laws do not apply.”

Wallace added that he had traveled to Washington this week for an urgent meeting to ensure that all western nations understood the planning processes if several things occurred. Without mentioning the potential Russian use of nuclear weapons, the meeting underscored British concern that Vladimir Putin may act rashly as his forces are pushed back.

Wallace stated that the visit became necessary following the appointment of Sergei Shoigu as Russia’s new commander in the war. In addition to  Putin’s recent speech on Moscow’s illegal annexation of eastern Ukraine, the success of Ukraine on the battlefield and what it could mean for President Putin and his actions and next steps.

The British defense secretary said that he has observed the E.U. make increasingly bellicose statements over the potential of Russia violating the nuclear taboo.

Additionally, he urged everyone to be comforted by the visit to the Pentagon and the national security council. Luke Pollard, the shadow minister for defense, applauded the Russian acknowledgment that the British aircraft had flown in international airspace and emphasized that the United Kingdom must maintain its steadfast support for the Ukrainian cause.