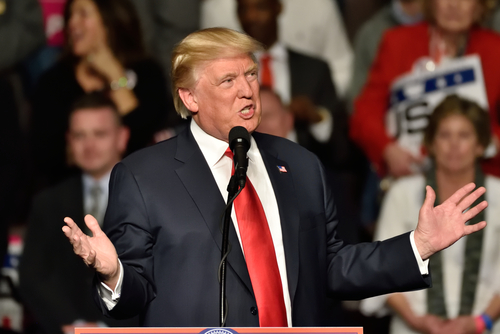 Supreme Court Justice Clarence Thomas has given the DOJ until early next week to respond to former President Donald Trump’s legal filing; Trump’s filing requests that the special master assigned to the case be allowed to review dozens of documents seized in the FBI raid on his Mar-a-Lago property in Palm Beach, Florida.

On Tuesday, Trump filed an emergency petition with the court, prompting Thomas to request a response from the Biden administration’s Department of Justice. According to Axios, Thomas was the justice who responded due to his position overseeing emergency appeals from the 11th Circuit.

Last month, U.S. District Court for the Southern District of Florida Judge Aileen Cannon appointed retired federal Judge Raymond Dearie as a special master to review documents seized in the Aug. 8 raid. Cannon also barred the Justice Department from using those in any investigation until that review was completed and said all documents seized — including those marked classified — should be reviewed by Trump’s attorneys.

The Justice Department filed an appeal against specific parts of the order that dealt with a bar on utilizing the papers and sharing what it claims are 100 secret documents with Trump’s counsel.

In a three-judge panel decision, the 11th U.S. Circuit Court of Appeals ruled in favor of the DOJ, allowing it to investigate records obtained during the Mar-a-Lago search.

The verdict also meant that the Justice Department might keep Trump’s counsel in the dark about the contents of papers designated classified throughout the special master’s assessment of the seized materials.

Trump’s emergency appeal claimed that the appellate court exceeded its jurisdiction by withholding materials from his attorneys. The only thing before the Eleventh Circuit was the Injunction Order, which contained only the District Court’s prospective intent regarding the appointment of a special master, but did not specify the Special Master’s duties or scope of review, his attorneys wrote in a filing.

According to the complaint, the appellate judgment effectively jeopardizes the well-established norm of piecemeal appellate review and disregards the district court’s vast power without explanation.

Moreover, any restriction on the complete and transparent assessment of information taken in an unusual search on a President’s residence erodes public trust in our justice system, Trump’s attorneys claimed.

As a result of the unprecedented circumstances involved in this case, the investigation by his political rival and successor of a former president compelled the district court to acknowledge the significance of increased vigilance and to appoint a special master to ensure fairness, transparency, and public trust, according to the filing.

Politico emphasized in its story how the filing aligns with Trump’s plan.

A full review of the 100 classified documents would make it easier for Trump to pursue claims that those documents privilege. Including some marked ‘Top Secret,’ or with even more restrictive classification, which should not be in the hands of Justice Department investigators because they are subject to executive privilege, Trump stated he declassified them before leaving office, the outlet said Tuesday.

Although Trump has stated that he declassified the records, his attorneys have yet to present paperwork proving this. In its verdict last month, the 11th Circuit Court of Appeals addressed the matter, which spurred Trump’s appeal.

Plaintiff claims that he declassified these materials while President, and there has been no indication that these records have been declassified. Trump’s legal team has refused to provide evidence that he had declassified any of these papers to the special master.

At least for these reasons, the appeals court stated the declassification argument is a red herring since declassifying an official document would not modify its substance or render it personal. Even if we accept that Plaintiff declassified some or all of the records, it does not explain his interest in them personally.