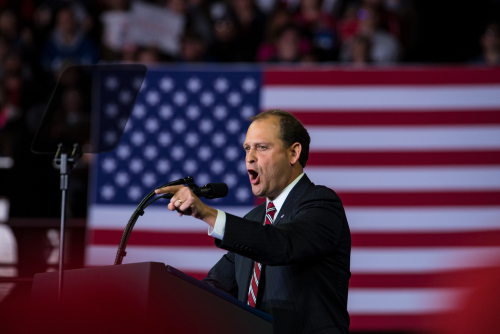 In a statement on Sunday, Rep. Andy Barr (R-Ky.) said Liz Cheney’s loss to a Trump-backed opponent in the Wyoming GOP primary shows a “massive disconnect” between what people want and what politicians prioritize. It was apparent in Cheney’s primary results that Republicans don’t care about the 2020 election or what happened on Jan. 6, 2021, as Barr told NBC’s “Meet the Press.”

Barr said these congressional seats do not belong to Washington politicians, and the American people own these seats. In Washington, there is a massive disconnect between politicians’ priorities and the American people’s concerns. One of only two Republicans on the House select committee investigating the Jan. 6, 2021 riots at the Capitol, Cheney (R-Wyo.) voted to impeach Trump and voted to impeach him. Last Tuesday, Harriet Hageman, who endorsed Trump’s claims that the 2020 election was stolen, defeated her by double-digit percentage points.

Although Cheney lost the election, she remains adamant that her most important role as an elected official is to highlight Trump’s role in the attack on the Capitol and his false claims the election was stolen. Despite Trump’s influence within the GOP, she remains committed to counteracting it and is even considering a presidential run.

Despite this, Trump retains a firm grip on the Republican party, with many of his candidates winning primaries and most of his GOP opponents retiring or losing primary battles.

Most Republicans still view Trump favorably, while 69 percent of Americans feel the nation should move on from the Capitol attack.

On Sunday, Barr said Republicans would pick up seats in the midterms because they are “laser-focused” on what Americans care about. He said they’re complaining about not being able to put food on the table or buy gas for their trucks.   They are worried about inflation, illegal immigration, and job security. The American people are concerned about that—politicians who obsess about the past lack a connection with the American people.