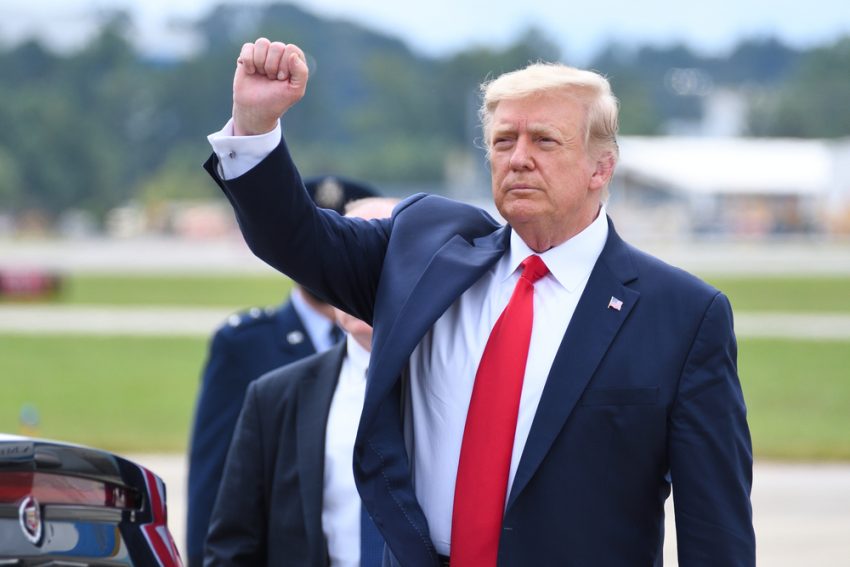 Under the 4th Amendment, people are protected from unreasonable searches and seizures by the government. It should be noted, however, that the Fourth Amendment does not prohibit all searches or seizures, only those deemed unreasonable by the law. According to the Department of Justice, Trump’s search was justified by possible Espionage Act violations. Now a new report alleges that the Department of Justice (DOJ) took materials from former President Donald Trump’s Mar-a-Lago home that contained privileged attorney-client communications. The 6th Amendment protects attorney-client information, making the material seized potentially unusable because it would have been obtained illegally under the 4th Amendment.

Fox News reports that the claim raises new questions about the DOJ’s tactics and doubts about whether the DOJ could hypothetically use any of the seized materials to prosecute the former president.

DOJ opposes the appointment of a “special master,” a judicial official who would conduct an independent review and decide which materials can be handed over to the government and which must be returned to Trump.

The former president’s team was informed Saturday by sources familiar with the investigation that the FBI’s property receipt contained information covered by attorney-client privilege in boxes labeled A-14, A-26, A-43, A-13, A-33, and a set of documents.

During its unprecedented Monday morning raid on Trump’s Palm Beach home, the FBI seized classified records, including some with top secret designations. Nevertheless, the former president claims that the documents are no longer classified.

The attorney-client privilege is protected under the right to counsel, guaranteed by the Sixth Amendment to the U.S. Constitution. This Amendment protects almost any communication between a client and their lawyer.

Only two exceptions apply to this rule: when a client communicates the intent to commit a future crime or when the attorney is a co-conspirator in a criminal or fraudulent scheme. The privilege still applies to confessions of past crimes.

The FBI seized materials from former Trump attorney Michael Cohen’s apartment and office in 2018 and raised similar questions about attorney-client privilege. According to a special master, two-thirds of the materials related to Cohen’s and Trump’s communications qualified as attorney-client and could not be used by the DOJ.

Given the broad scope of the search warrant, Jonathan Turley wrote that it seemed reasonable to call for a special master after the Mar-a-Lago raid. In light of the warrant’s sweeping language, he stated that a special master would seem appropriate, noting that it is hard to imagine what material could not be gathered.

It has been suggested that the raid for presidential documents allegedly retained by Trump was intended to find files related to the Capitol riot on January 6, for which Democrats want Trump prosecuted.