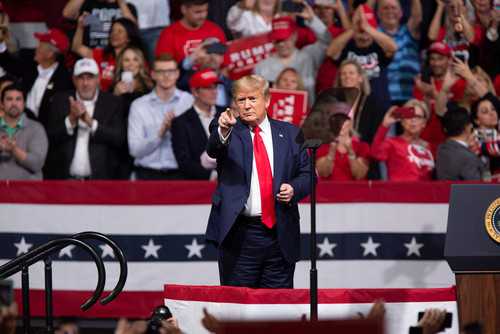 A federal appeals court will consider whether to halt an independent arbitrator’s assessment of papers obtained during an FBI investigation of papers taken from the Florida property of former President Donald Trump. The Justice Department has requested the 11th Circuit Court of Appeals in Atlanta to stop the review process, claiming the appointment of a special master has unduly slowed down the inquiry into sensitive papers at Mar-a-Lago. Trump’s attorneys want the job of the special master to continue. Tuesday, both parties will argue before the court of appeals.

Uncertainty surrounded the timing of the court’s decision. Still, a victory for the Justice Department may expedite its probe by granting prosecutors access to materials they claim to require for their work.

Raymond Dearie, a senior Brooklyn judge, was appointed special master by a Judge in Palm Beach County in September. Dearie was agreed upon by both parties before the Judge appointed him to the position of Special Master. He was entrusted with completing an impartial review of the roughly 13,000 papers obtained during the August 8 raid on Trump’s estate. His job was to sort through the material and filter out any attorney-client privilege documents or executive privilege documents.

During Dearie’s tenure, federal prosecutors could not use the confiscated data in their investigation due to a decision by  Florida judge Aileen Cannon. In the end, the Justice Department was granted access to roughly 100 documents marked with classifications by a three-judge appeals court. However, prosecutors argue that they still want unrestricted access to the much larger collection of unclassified documents and that the entire process should be terminated.

Even while the inquiry is focused on the probable mishandling of sensitive materials, the Justice Department claims that the unclassified papers collected from Mar-a-Lago are also pertinent since personal records were mixed with classified documents, which, according to the prosecution, might give evidence of ownership or possession.

The Justice Department has stated in court documents that the only way it can access unclassified materials thus far is to engage in a “protracted debate with the Trump administration about their classification.

Trump’s lawyer, James Trusty, called the Justice Department’s claims that its investigation had been slowed “overblown.” As he described the remaining materials as birthday cards, thank you notes, photographs, and other personal items, he minimized their importance, saying the department already had access to classified documents.

Trusty said it is unrealistic for the government to claim this has compromised their investigation capabilities. It noted that it’s not necessarily the government’s fault if someone has intermingled classified documents and other items with other personal belongings; Trusty suggested the search warrant had resulted in an overly broad seizure of materials.

Despite denying that Trusty was seeking special treatment for Trump, he also appealed to the judges to take the case’s context into consideration. He said thousands of personal materials were taken from a political rival after a search warrant was executed.

Alongside the special master process, a criminal investigation concerning records retention and possible obstruction has continued.

Jack Smith, a seasoned prosecutor, was appointed by Attorney General Merrick Garland last week to act as special counsel and supervise the Mar-a-Lago inquiry and crucial portions of a separate investigation into efforts to alter the results of the 2020 presidential election.v