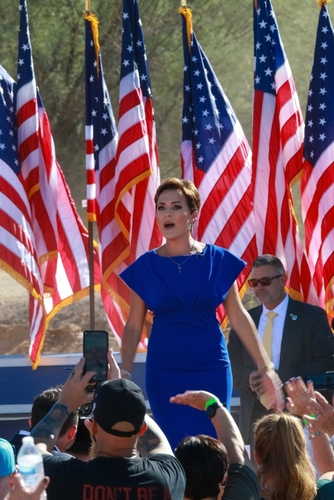 According to the Arizona Attorney General’s Office of Election Integrity Unit, led by Jennifer Wright, Maricopa County officials were sent a letter on Saturday asking them to explain why there were so many problems counting and printing ballots during the General Election on November 8.

The letter to Thomas Liddy from the Maricopa County Attorney’s Office listed that one of the most troubling points was that it looked like ballots in black duffle bags were mixed with those in “Door 3.”  The name “Door 3” or “Box 3” represents the ballots that couldn’t be scanned or read and had to be sent to the Phoenix tabulation center by the Election Department.

Wright began her letter by saying that since Election Day, the Arizona Attorney General’s Office (“AGO”) and specifically the Elections Integrity Unit of Arizona has received hundreds of complaints concerning the 2022 General Election in Maricopa County.

These complaints aren’t just rumors; they’re backed up by eyewitness accounts that raise questions about whether Maricopa is following Arizona election law legally, she said.

Wright said the county told her that at least 60 of the ballot-on-demand printers at polling places were set up wrong, making it impossible for the tabulators to read the ballots. Since Maricopa County includes multiple congressional, state, and local districts, ballots are printed on demand.

Based on complaints signed under oath by Maricopa County election workers, BOD printers were tested on Monday, November 7, and there were no problems, Wright wrote. Even though these tests were done, the printers broke down in the first half hour of the Election. As a result, the AG’s office wants logs that show when printer configurations were changed and other related information.

Wright also wanted to know what poll workers told voters whose ballots didn’t get counted by the machines when they had trouble with them.

Many people reported problems at polling places on Election Day, and Chairman Gates told the public that voters who had already signed into the e-Pollbook but were having trouble voting could “check out” of that polling place and still vote at another.

Based on sworn complaints received by the Unit, poll workers said they were not trained or given information on how to do “check out” procedures. Additionally, the sworn statements revealed that many voters have also said that the second voting location required them to cast a provisional ballot because the e-Pollbooks said they had already voted at the first voting location, she said.

Wright said that a state law in Arizona says that a voter who has already signed in electronically can’t cast a provisional ballot. The Attorney General said that the state law was probably broken when poll workers didn’t keep the ballots counted correctly on-site separate from the ones that weren’t.

Wright wrote that Maricopa County has admitted that ‘Door 3’ ballots that were not counted were mixed in with counted ballots at some polling places.

Wright also stated that she also received a sworn complaint from an election observer that more than 1,700 “Door 3” ballots from one voting location that hadn’t been counted were put in black duffle bags meant for counted ballots, she said.

Arizona law said that Maricopa County had to do a reconciliation of ballots cast against check-ins’ at the polling places before people left, not at the central count.

The AG’s office asked for a copy of the Official Ballot Report from each polling place and the total number of mixed ballots.

Wright also asked for a response to all of the issues she brought up in her letter by November 28, the date the Arizona Secretary of State’s office must receive an official canvas.

The people of Arizona deserve a full report and explanation of all the problems with how Maricopa County ran the 2022 General Election. As the canvas is coming up, and these issues have to do with Maricopa County’s legal ability to certify election results, she stated,

Due to all the problems that happened on Election Day, the campaign for Arizona GOP gubernatorial candidate Kari Lake has asked for a new election in Maricopa County.