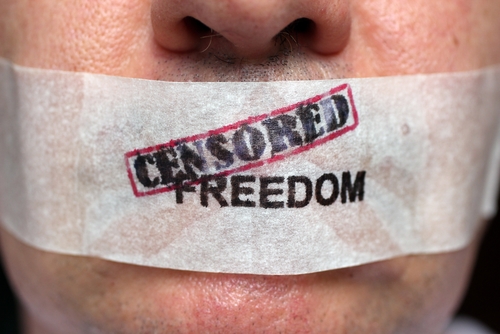 The federal government and a consortium of four private organizations have collaborated to identify purported electoral “misinformation” to have it censored on various social media platforms.

Two recent investigations that Just the News released on Friday and Saturday suggest that the organization was responsible for censoring 20 news outlets during the election in the year 2020.

According to Just the News, when Biden was in the White House, the organization in question was “rewarded” with millions of dollars in federal funding. To this day, its activity is still being carried out.

Most of the targeted groups had a conservative point of view in their coverage. This category includes publications such as Just the News, the New York Post, The Epoch Times, The Washington Times, and the Washington Examiner.

In addition, the organization, which refers to itself as the Election Integrity Partnership, compiled a list of “repeat spreaders” of election-related false material for the year 2020. On the list were famous individuals who lean to the right on social media, such as the now-defunct President Donald Trump, his sons Donald Trump Jr. and Eric Trump, and several other important individuals.

In a lengthy report dated June 15, 2021, the EIP describes itself as an “information exchange” between various entities. These entities include “election officials, government agencies, civil society organizations, social media platforms, the media, and the research community.” The report was written in 2021. According to the study, the EIP assists these organizations in communicating with one another to share information regarding the alleged “misinformation” and “disinformation” on social media.

More specifically, the Election Integrity Project (EIP) identified what it considered false information about the 2020 election. It then processed “tickets” — created by the EIP and its partners — to flag this false information for the EIP’s various social media and government partners.

After some time had passed, these tickets were used to petition major tech platforms to block media sources and “repeat spreaders,” including Trump and his family.

According to Just the News, thirty-five percent of the content reported by the EIP on social media was either deleted, throttled, or restricted in some other way.

According to the article, the activities of the EIP were uncovered by a former officer of the State Department named Mike Benz. He is now working for a nonprofit watchdog organization called the Foundation for Freedom.

Benz noted in his study that was published on the website of the Foundation for Freedom that the engagement of the Department of Homeland Security with the group has, for the most part, gone unreported owing to a variety of different reasons.

To provide one example, the department frequently refers to initiatives aimed at combating what is known as “social media disinformation” as “cybersecurity.” According to Benz, these actions do not come to anyone’s attention since the Department of Homeland Security acts more as an indirect facilitator than a direct censor.

It may be that DHS’s Ministry of Truth has evaded public attention for so long because it acts more like a coordinator of a censorship network than an implementer of censorship. This is perhaps the reason why it has been able to remain under the radar for so long.

Using this strategy, the function of highly visible private sector players flags postings on one side and censors those posts on the other. Seemingly on their own, they are brought to the forefront. At the same time, the United States government’s coordinating role is hidden from view.