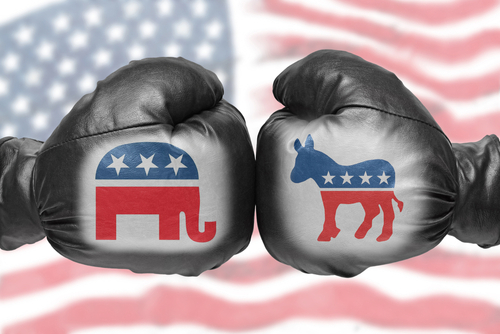 The Republican Party is withdrawing its support from a nonpartisan group of state attorneys general due to concerns about the group’s finances and allegations of growing liberal bias.

Media Sources obtained documents from an early December executive committee meeting of the National Association of Attorneys General (NAAG) that show the organization’s total revenue dropped from $24 million to $4.5 million over the past year. This decline is partly attributable to a decrease in dues of roughly $600,000.

For taking what Republicans claimed were more significant cuts from consumer protection settlements than states themselves received, NAAG came under heavy fire from Republican attorneys general.

Included is the highly contentious reduction of $573 million in a nationwide settlement with McKinsey & Co. over allegations that it improperly advised pharmaceutical companies on how to increase sales of opioids by $15 million.

In addition, records show that the organization lost about $37 million of taxpayer money in investments last year.

According to media sources, a former senior staffer to a Republican attorney general claimed that NAAG, an organization historically supported by taxpayer-funded dues from states, exhibits financial habits reminiscent of the “Wild West.”

According to the employee, NAAG is $53 million poorer due to unsuccessful investments, lost dues, declining revenue from settlement cases, and another spending over the past year.

There was a time when NAAG was bringing in $3 million annually in dues from states, and the ex-employee claims that this was achieved through a “house always wins” billing cycle in which NAAG would “demand the money” annually in a billing statement.

There was growing discontent over the significant cuts NAAG was taking from consumer protection settlements. According to the former Republican staffer’s statements to the media, as many as 21 states were not paying their dues at one point.

News Sources obtained meeting minutes from an earlier gathering where dues issues were discussed; Republican Florida AG Ashley Moody was quoted as suggesting a temporary suspension of all dues as a gesture of good faith to the frustrated members and to ensure NAAG continued to be a “sustaining organization.”

Despite some criticism, NAAG postponed member dues collection until the following year. The organization is currently considering its options for collecting membership fees.

The “downward spiral” of NAAG, according to the former Republican staffer, began in April 2021, when Republican Alabama AG Steve Marshall announced his departure.

According to Brnovich, NAAG has become “more and more partisan” and has not allowed for “enough voice or input” from conservatives and Republicans. He compares the organization to “a buggy maker while Henry Ford is perfecting the assembly line.”