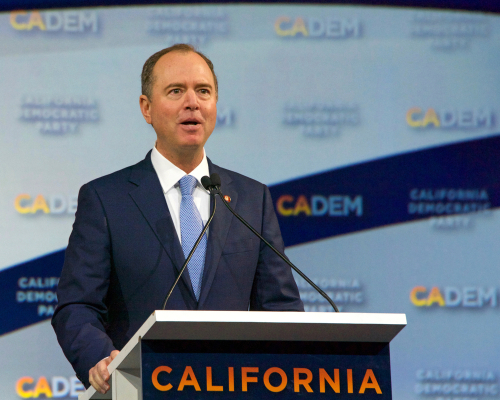 In the second of two consecutive batches of Elon Musk’s “Twitter Files” posted by Substack journalist Matt Taibbi on Tuesday, Musk said that Twitter got an astounding number of requests from officials requesting the banning of persons they didn’t like.

The request to Twitter asked for the removal of any and all information concerning Mr. Misko and other Committee personnel, including quotations, retweets, and replies to such content. They also asked for the Suspension of several accounts, including @GregRubini and @paulsperry, that have propagated fake QAnon conspiracies on multiple occasions.

Schiff’s office also urged Twitter to prevent the dissemination of future disinformation on Twitter and identify and decrease the appearance of such posts.

Twitter refused Schiff’s request at the time, Taibbi wrote, citing Twitter’s repeated “we don’t do this” comments to Schiff’s office. However, as observed by Taibbi, Sperry was eventually suspended.

“Twitter Files” twelfth installment examined the eagerness of the State Department’s Global Engagement Center (GEC), which Taibbi described as a “nascent analytic/intelligence” arm, to participate in guiding Twitter’s moderation of content beginning in February 2020, when the coronavirus pandemic was in full swing.

The GEC classified accounts as ‘Russian personas and proxies’ based on criteria such as describing the Coronavirus as a manufactured bioweapon, blaming research performed at the Wuhan institute, and attributing the virus’s emergence to the CIA, Taibbi stated. The state also blacklisted accounts that shared the news that Twitter had banned the prominent U.S. website ZeroHedge, alleging the act led to another flurry of misinformation narratives. ZH had published reports guessing that the virus originated in a lab.

Twitter’s then-head of trust and safety, Yoel Roth, pushed back against GEC’s purportedly based on Department of Homeland Security data analysis that “almost 250,000” Chinese-linked accounts were spreading misinformation and disinformation regarding COVID. Roth viewed GEC’s research as an “effort to intrude themselves” into Twitter’s talks with intelligence organizations such as the DHS and FBI.

The GEC finally agreed to consult Twitter before releasing its conclusions, but the battle between Twitter and the State Department arm remained. According to Taibbi, digital titans, including Twitter, Facebook, and Google, opposed the inclusion of the GEC in government negotiations. Roth viewed the GEC as “political” in contrast to the FBI and DHS at the time.

According to one email, Roth also saw huge hazards for Twitter associating with the GEC, particularly as the race heats up. Roth conveyed his mistrust of the “press-happy” GEC to FBI agent Elvis Chan, who was in continuous contact with Twitter. Taibbi writes Chan reassured him that the line would be ‘one-way,’ and that ‘State/GEC, NSA, and CIA have indicated an interest in being permitted on “in listen mode only.'”

Taibbi cited the FBI agent further, stating that they would give Twitter everything they saw from the FBI and USIC. Chan added that  CISA would know what’s happening in every state. He then inquired whether the private sector could rely on the FBI to serve as the USG’s “belly button.” They ultimately decided on a Signal industry call.”

Twitter was accepting requests from every imaginable government agency, beginning with the Senate Intelligence Committee (SSCI), which appeared to want assurances that Twitter was following FBI directives. Executives hastened to inform “Team SSCI” that five accounts were deleted in response to an FBI tip, Taibbi tweeted with correspondence images.

Requests from Treasury, the NSA, practically every state, the HHS, the FBI, and DHS, among others, were received and escalated. Twitter complied with nearly everyone else’s demands, including those from GEC, including a decision to block accounts such as @RebelProtests and @BricsMedia because GEC designated them as ‘GRU-controlled’ and ‘connected to the Russian government,’ respectively, Taibbi explained.

The influx of inquiries from the intelligence community continued to grow during the Biden administration to the point that the requests were coming in bulk. According to Taibbi, one letter from the 2020 campaign stated that Twitter was warned about notoriety around a book by former Ukraine prosecutor Viktor Shokhin, who accused ‘corruption by the U.S. administration’ — especially by Joe Biden.