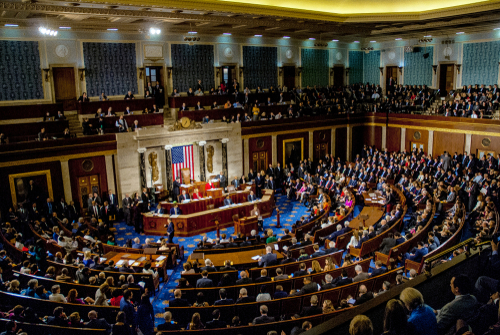 As the new session of Congress opens on Tuesday, House Republicans intend to alter the rules of the ethics office responsible for investigating legislators. As part of the House rules package agreed upon with members, incoming GOP leadership proposed changes to the OCE’s (Office of Congressional Ethics) board and the hiring of new personnel that might limit the office’s capacity to probe politicians. Under the proposed changes, the House Ethics Committee may accept complaints from the general public.

Representatives for the Ethics Committee’s Republican and Democratic chairs did not immediately reply to a request for comment on the rule revisions. The OCE is a neutral, impartial organization with the authority to investigate charges of wrongdoing against members of Congress and their employees. Once allegations are investigated, the committee either rejects them or forwards them to the House Ethics Committee for further consideration. Advocates consider the OCE important for examinations of complaints about misbehavior. They have condemned the planned changes despite accusations from lawmakers from both parties that the OCE has too much power.

According to Craig Holman, government affairs lobbyist for Public Citizen, a non-profit consumer advocacy organization, these measures would render the ethics office useless, which no member from either party should support. Term restrictions for the OCE board of eight would be implemented under the rules package issued by House Republicans and up for a full House vote on Tuesday, which would result in the departure of three of the four Democratic board members. In addition, the new regulations would prevent OCE from adding new employees after one month from the day the rules package is passed (that is, after next Tuesday). The adoption of these regulations would need the consent of four board members before the hiring of any new personnel.

The suggested modifications come as new Rep. George Santos (R., N.Y.) confronts concerns about his past after admitting to falsifying parts of his personal and career history and as Republican members are under examination for their possible role in the Capitol Riot incident on January 6, 2021. The OCE referred a complaint against Rep. Alexandria Ocasio-Cortez (D., N.Y.) last month, and the House Ethics Committee has since confirmed it is examining the matter.

Members of Congress who make up the House Ethics Committee tend to move slowly and cautiously when deciding whether or not to discipline their colleagues. In cases when OCE forwards a complaint to the House for additional inquiry, such a probe may be made public, bringing allegations of wrongdoing to light.

In 2008, Congress created the OCE to deal with corruption issues. It is responsible for promptly reviewing claims and outside ethical complaints; so far, 52 Democrats and 50 Republicans have been referred to the House Ethics Committee.

There has been a previous attempt by House Republicans to limit OCE, which occurred at the start of the 2017 legislative session, and has been condemned by advocates for ethical behavior. After a fierce backlash, including from then-incoming President Donald Trump, they scrapped plans to place the Office of Congressional Ethics under the House Ethics Committee’s control.