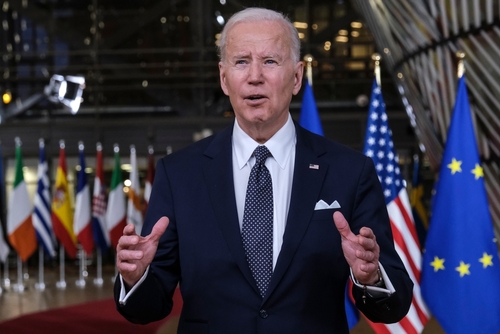 President Joe Biden’s memory issues are becoming a huge problem and need to be addressed. The longer he says in office, the more problems we are going to have.

President Joe Biden signed the costliest executive order in history in August. According to a White House information sheet, the government would forgive up to $10,000 for any student loan borrower whose income was less than $125,000 (or $250,000 for married couples). The directive will waive debts of up to $20,000 for Pell Grant applicants in the same income groups.

Cost estimates by the Congressional Budget Office indicate that eliminating this debt will exceed $400 billion. The outcry from Americans who viewed this move as unjust, unneeded, and blatantly political was immediate, intense, and unforgettable for most of us. Biden was significantly less affected by the event.

During a panel discussion with digital media business NowThis that aired on Sunday, Biden appeared to have forgotten that his student loan debt rescue had been accomplished via executive order. He informed the gathering that Congress had approved the plan.

Biden declared, “It has passed. It passed by a margin of two votes.”

This is troubling. Does he seriously believe that Congress passed the student loan relief bill? Does he not recall having signed the order?

This incidence follows an increasing number of similar occurrences. During a June discussion at the White House, a camera chance to capture Biden holding a little notecard. He was given instructions on the card, which was enlarged in the photo. The first one stated, “YOU enter the Roosevelt Room and greet the attendees.” The second speaker stated, “Please have a seat.” And so forth.

Another incident occurred during a September visit to the British Embassy in Washington when Biden had gone to write in the condolence book for the late Queen Elizabeth II. Instead of writing his passionate remark, he pulled out a typed notecard, most likely prepared by a staff member, and copied the text into the book.

Several weeks later, one of the most stunning things happened. Late in September, speaking at an event on Hunger, Nutrition, and Health,  President Biden paid tribute to the late Indiana Republican Representative Jackie Walorski. He asked Jackie, “Are you present?” “Where is Jackie? Pressed for a remark on Biden’s astonishing gaffe, White House press secretary Karine Jean-Pierre said it was because Walorski was “at the forefront” of the President’s mind.

These are not the blunders that have made Biden famous over his 50-year political career. This is different and indicative of Biden’s cognitive impairment, which has worsened significantly in the 21 months since he assumed office. As his health worsens, it has become hard to conceal him.

In a Sunday tweet, Stephen Miller, a former top policy advisor to President Donald Trump, stated it directly. He wrote: Biden has severe dementia. In these hazardous times, it is a question of fundamental national security that we elect a Republican Congress to conduct rigorous scrutiny, he added.

Miller is entirely accurate. In addition to the humiliation component, the United States has national security ramifications. Due to his family’s influence-peddling methods, it is strongly suggested by emails found on his son’s abandoned laptop that foreign governments may compromise him. However, none of this was relevant to the Democrats, who only desired to eliminate Trump.

Although the conservative media publicly highlighted Biden’s decline, the liberal media continued to behave as if the problem did not exist and wanted to force everyone else to do the same.

Although the conservative media publicly highlighted Biden’s decline, the liberal media continued to behave as if the problem did not exist and wanted to force everyone else to do the same.