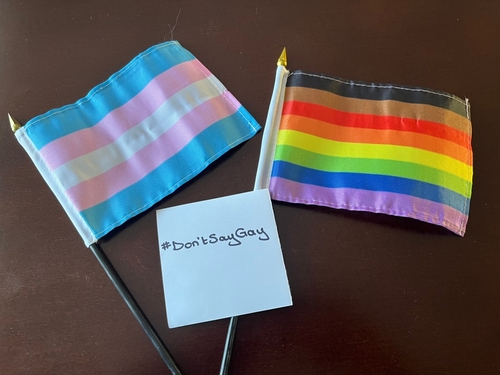 The House Republicans have filed legislation that some opponents have dubbed a nationwide “Don’t Say Gay” bill, inspired by the Florida law prohibiting education on gender identity and sexual orientation in kindergarten through third-grade classrooms.

If the federal measure were to become law, which is highly improbable in the present Congress, its implications would be far-reaching, influencing not only classroom instruction but also events and literature at any federally-funded institution.

Here are the bill’s contents and what others are saying about it.

The text of the measure is expansive and important.

Rep. Mike Johnson (R-Louisiana) and 32 other Republicans launched the bill on Tuesday. The Democrat Party and their cultural partners are on a misguided crusade to expose young children to sexual images and radical gender ideology, Johnson said in a statement, describing the law as “commonsense.”

Stop the Sexualization of Children Act

The proposed legislation’s text conflates sexual orientation and gender identity with sexually explicit content such as pornography and stripping.

It would prohibit the use of federal funds to support “sexually-oriented” programs, events, and literature for children under the age of 10; prohibit federal facilities from hosting or promoting such events or literature; and permit parents and guardians to sue government officials, agencies, and private entities if a child under the age of 10 is “exposed” to such materials.

According to the bill, some school districts have adopted sexual education programs for students under the age of 10, and many recently implemented sexual education curriculums that stimulate discussion of sexuality, sexual orientation, transgenderism, and gender ideology as early as kindergarten. In addition, it identifies as “sexually oriented” events such as drag queen story hours in libraries.

The initiative mirrors “parental rights” bills sponsored by Republicans in Florida and elsewhere. The proposed federal legislation is couched in terms of parental rights, a right-wing rallying cry that has recently included struggles against schools’ COVID-19 vaccination regulations and fierce campaigning against critical race theory in classrooms.

Critics of the legislation have called the Florida law “Don’t Say Gay” and assert its purpose is to marginalize LGBTQ individuals and their families. Alabama enacted its version of the measure shortly after a cascade of other states adopted identical legislation.

The term “sexually-oriented content” that the proposed legislation would restrict includes descriptions and depictions of sexual actions and “lewd or lascivious depictions or descriptions” of human genitalia.

It also forbids a wide variety of identity-focused LGBTQ-related themes, including gender identity, gender dysphoria, transgenderism, and sexual orientation. The bill has little chance of passing as long as Democrats control the White House and Senate.

Given that such legislation is purely a Republican endeavor and Democrats hold a functional majority in both chambers, the bill would not pass in the current Congress.

Depending on the outcome of the November elections, the composition of the House and Senate might change. However, it is unclear how many Republicans would support the plan, even if a party’s faction supports it.

Even if the proposed legislation were to pass in a House and Senate controlled by Republicans, President Biden would veto it. Expect that this measure will not be passed for at least some time.

LGBTQ organizations protest the measure and warn of its potential consequences. The Human Rights Campaign, an organization that campaigns for the rights of LGBTQ individuals, condemned the new legislation.

Mike Johnson and other  House Republicans continue their assault on the rights of LGBTQ+ Americans to live freely and honestly. A federal “Don’t Say Gay or Trans” bill… is their most recent cruel attempt to stigmatize and marginalize the community, not to solve actual problems but rather to rile up their extremist base, Director of Government Affairs for the Human Rights Campaign, David Stacy, stated in a statement.

The ‘classroom education’ focus of ‘Don’t Say Gay/Trans’ was awful enough,” she said on Twitter. This goes FAR beyond the classroom and the concept of ‘education.

The flip side is that there are concerned parents and many others that believe the Republicans are right. It is not a matter that should be brought up in elementary school. Nor do these kids fully understand the complications of some of the decisions that are being vocalized.