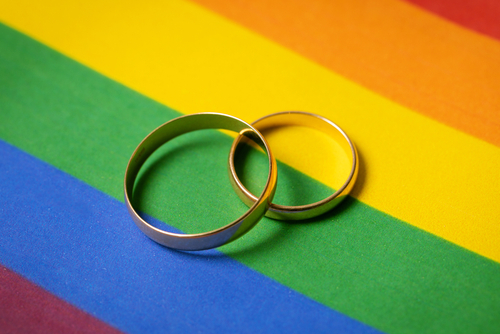 The White House was lit in rainbow hues Tuesday night when Biden signed the “Respect for Marriage Act,” becoming a symbol for LGBT people. According to The Washington Post, the measure mandates that marriages legitimate under the laws of any state be recognized as such by all other states.

Numerous individuals questioned the sight of the White House becoming a symbol for an interest group. One Twitter user referred to the display as the “tyranny of the twisted,” while another stated that “the world is laughing.” Another poster questioned what the Founding Fathers would think, while another simply said they had seen it all.

This action appealed to most of the Democratic Party’s political base.

According to a survey issued last month by the pro-LGBT Human Rights Coalition, 81 percent of LGBT voters supported Democrats in the November House elections. In the 2020 elections, Biden garnered a comparable amount of support, according to the research.

Fox News reports that Biden used the bill signing to criticize states that have opposed gender reassignment surgery for kids.

Biden stated we must battle the hundreds of cruel and cynical state laws that target transgender children, terrorize families, and criminalize doctors who provide them with the care they need.

According to National Review, Florida’s Board of Medicine and state Board of Osteopathic Medicine have outlawed gender changes for children.

Dr. David A. Diamond, a radiation oncologist, and board chair stated that there is an urgent need for further high-quality clinical research. This is the consensus among all the specialists, he emphasized.

Parents have the right and duty to ensure the safety of their children. This involves making decisions on life-altering medical procedures and treatments, she added.

Deciding that your kid will not get gender transition therapies is neither abuse nor neglect; it is a parent’s lawful decision for his or her child. Based on this ruling, no system should take a kid or probe a family for abuse. A hospital or state should not be allowed to circumvent a parent’s right to select whether or not his or her kid should receive gender-transition procedures.