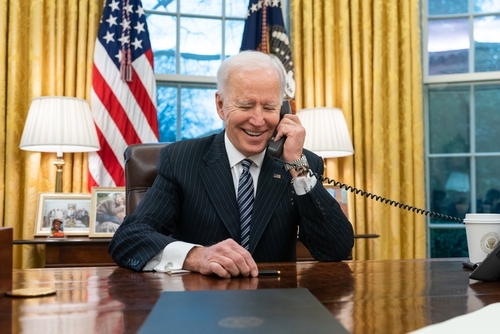 The increasingly antagonistic U.S.-China relationship will be tested later this month when President Biden and Chinese leader Xi Jinping meet for a summit.

Senior officials and aides have debated whether the presidents would attend the Group of 20 meeting of the world’s largest economies in Indonesia in mid-November. The meeting would be their first face-to-face encounter since Mr. Biden’s victory. According to sources informed on the conversations, Chinese officials have recently re-engaged following animosity surrounding the leaders’ last engagement.

Despite the heightened tensions, a Biden-Xi encounter around the G-20 conference is likely to take place, according to sources, as officials on both sides have shown a desire to avoid ties from degrading further.

Former officials and foreign-affairs experts have stated that Washington and Beijing are intensifying their struggle for global influence, military superiority, and control of emerging technology, regardless of whether they meet or not.

At an event hosted by Yale Law School’s Paul Tsai China Center, Susan Thornton, a former State Department official now with the Institute of China-American Studies, said it is hard to predict the bottom of how low the relationship is going right now. The times are quite unpredictable, and thus we need leaders who will meet and communicate, despite the current conflict.

On Thursday, Secretary of State Antony Blinken met with friends in the Group of Seven major nations to discuss a united plan to lessen economic reliance on China.

A day earlier in Beijing, Chinese Vice Foreign Minister Xie Feng denounced the formation of anti-Chinese coalitions in front of ambassadors and senior officials from over 60 nations. He singled out Tesla Inc.’s opening of a showroom in Xinjiang. In this province, China has mass detentions of ethnic Uyghurs, an example of international corporations growing their footprint.

Next week’s midterm elections in the United States are anticipated to give control of the House of Representatives to Republicans, likely confirming the impression among Chinese officials that Congress, not the White House, is dictating China policy since Pelosi’s trip to Taiwan. Meanwhile, a Communist Party conclave last month prolonged Mr. Xi’s tenure, approved a leadership stocked with his allies and applauded his plan to bolster China’s ability to compete with the United States.

The disputes over Taiwan and the most recent U.S. restrictions on technology exports are expected to dominate any meeting, as are the Ukraine conflict and China’s ties with Russia, according to officials from both countries.

As outlined by John Kirby, coordinator of strategic communications at the National Security Council, last week, the president and president Xi are currently discussing details of a future meeting.

Separately, a senior administration official stated that a meeting of this nature on the margins of a G-20 summit is often not confirmed until a few days before its occurrence.

On Thursday, a spokesperson for the Chinese Ministry of Foreign Affairs in Beijing stated that he had no knowledge of a prospective summit. Wang Yi, a Xi loyalist, appointed to a high leadership post at last month’s party conference, has visited with the U.S. ambassador to Beijing, Nicholas Burns, and spoken with Mr. Blinken recently. According to the official Chinese account, Mr. Wang denounced the most recent U.S. technology curbs. He asked Washington to end its containment and oppression of China when meeting with the secretary of state.

The outreach of Mr. Wang to both U.S. diplomats is seen favorably by U.S. authorities. Mr. Xi’s letter, delivered last week at the National Committee on U.S.-China Relations annual dinner, a New York-based non-profit with the mission of fostering mutual understanding between the two nations, is also indicative of this. Mr. Xi wrote China is willing to work together to find a solution.

Since the Trump administration’s first year, the two sides have not held a formal summit in which one side hosts the other. In 2017, President Donald Trump hosted Mr. Xi at Mar-a-Lago. Mr. Xi returned the favor by hosting President Trump in the Forbidden City, the historic imperial palace in Beijing. Since then, virtual meetings have been held in conjunction with other international conferences.

Officials on both sides view direct discussions between Biden and Xi as the most effective form of communication between the two nations. During their time as vice presidents, the two men met more than a decade ago. As hostility between the United States and China has increased in recent years, both governments have reduced the number of high-level meetings on their calendars, a process facilitated by the global pandemic. According to authorities, this bolsters the significance of the Biden-Xi channel.

Earlier in the summer, Chinese officials discussed the possibility of a G-20 conference for Biden and Xi to improve relations following the U.S. midterm elections.

The travel to Taiwan by Mrs. Pelosi, the first by a House speaker in 25 years, threw a cloud on these plans. Bringing the democratically controlled island under Beijing’s authority is fundamental to Mr. Xi’s ambition for the Chinese national rebirth. According to those informed on the discussions and others close to China’s decision-making process, he was angry that weeks of diplomatic efforts and his plea to Mr. Biden had failed to prevent the trip.

Beijing is concerned that Mrs. Pelosi’s visit, which was followed by travels to Taiwan by leaders from other nations, may strengthen Taiwan’s international status and push it to declare formal independence, an event China has stated would result in the use of force.

The military drills China performed to demonstrate its wrath contributed to U.S. apprehensions about Beijing’s growing capabilities and readiness to use them. In national security and military strategy documents released by the Biden administration last month, China is the principal threat to U.S. global leadership.

In the policy framework he presented at the party conference last month, Mr. Xi vowed to take all necessary steps to prevent Taiwan’s independence. The strategy also supported Mr. Xi’s efforts to isolate the Chinese economy by hoarding commodities and creating its technologies to withstand a sanctions campaign similar to the one the United States and its allies are conducting against Russia.

According to individuals who know the situation, Chinese officials are assessing the impact of recent U.S. efforts to limit Chinese access to chipmaking technology. People stated that Beijing would adjust its response depending on the evaluation.

According to foreign-affairs experts, while experiencing the worst economic recession in decades, China is not yet ready for a showdown and is instead attempting to manage its ties with the United States.

Evan Medeiros, a former senior national-security official in the Obama administration and currently a professor at Georgetown University stated that Xi might be attempting to place a floor under the bilateral relationship to allow time to build up economic and military resilience in the Chinese system.