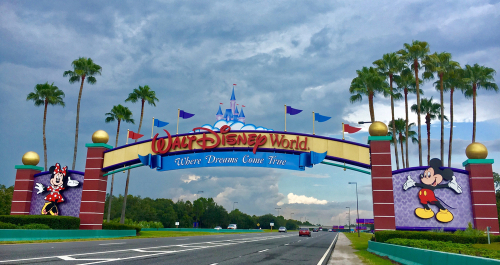 Florida Republican Gov. Ron DeSantis is far ahead of his Democratic opponent, Charlie Crist. Or, at the very least, he was. With only days until the election, DeSantis may be leading Crist by 11.5 points in the RealClearPolitics polling average. However, that was before The Washington Post revealed a scandal that will almost certainly ruin DeSantis’ chances of retaking the governorship, let alone running for president.

And this is a scorcher. You know how DeSantis has been at odds with Disney over the company’s showy opposition to his anti-grooming legislation, with the governor removing the company’s tax advantages in the state where its flagship theme park is located?

Did you know that DeSantis was married at Disney World before Disney got wise? Bam! Scoop! Mega-MAGA maggots, take that truth bomb!

Oh, you believe that demonstrates nothing at all? Huh? Conservatives, why are you not outraged? Why don’t you wring your hands and curse the earth?

Yes, less than a week until the 2022 midterm elections, this constituted news in the ultimate example of media misinterpreting cause-and-effect or the time-space continuum, or maybe the Washington Post thought it was writing a movie script. When you read the piece, it doesn’t get any better.

Florida Gov. Ron DeSantis (R) has been on the offensive against the Walt Disney Co. for months. He has slammed the entertainment behemoth for opposing legislation he championed and signed legislation to deprive the firm of its special taxation district, writes Hannah Sampson of the Washington Post.

Before launching his attack on the firm, DeSantis — a Republican running for reelection — was a groom heading down the aisle at a Disney wedding. On September 26, 2009, he married Jill Casey Black, a longtime anchor at Jacksonville news station WJXT who goes by her middle name Casey.

This was not the Post’s scoop, either. Although The New York Times confirmed last month that DeSantis’ marriage certificate claimed he was married in Lake Buena Vista, a community managed by Disney as part of the Disney World complex, it was officially first reported by Business Insider on Friday.

Unless he wedded in the parking lot — and I doubt the Harvard Law graduate was that impoverished — he married in Disney World. It was thirteen years ago. That was nine and a half years before he became governor and 12 years before Disney provided him a genuine cause to aggressively oppose the company’s flagrant mischaracterization of the Parental Rights in Education Act, informally known as the “Don’t Say Gay” measure by the left. The hate isn’t because Belle from “Beauty and the Beast” wanted to load up on critical race theory at the local bookshop or because Mickey’s helium addiction sets a horrible example for the youngsters — and it didn’t exist 13 years ago.

But, no, this is what the Post calls news: Bruce Hamilton, a longtime WJXT anchor, told The Washington Post on Friday that he attended the 2009 Disney wedding.” In an email to The Post, another station employee, wedding attendee, and former coworker of the bride corroborated the Disney location.

Are you convinced that this was a nothingburger? Or will you give a significant gift to Charlie Crist and Florida-adjacent Georgia Democratic gubernatorial candidate Stacey Abrams to keep future candidates from tying the know at Disney?

Of course, Twitter exploded over the ridiculousness of the whole thing. Seriously, what difference does this make in an election? Also, Ron can’t say Thai because that is also apparently important news on why he shouldn’t be re-elected, or was it because he liked Thai food?

This is what the Post, long the nation’s leading source of political reportage, has devolved into. The newspaper that broke Watergate is now following down folks at Ron DeSantis’ Disney wedding to find out how lovely it was and pretending it all matters.

No, it does not. Nothing works. The only reason anyone will remember DeSantis’ wedding in Disney World is the utterly ridiculous publicity the media has given us in the hope that some of it will stick. If that is all, you got, best of luck with it.