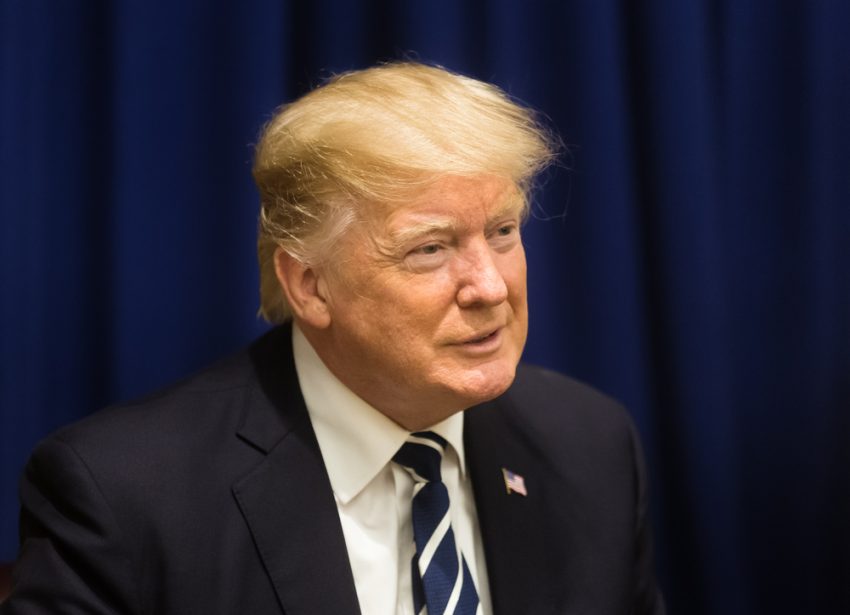 It is tough to be Donald Trump. The former President’s problems continue to mount in an apparent attempt by the Democrats to prevent Trump from running for President again. In an unprecedented show of weaponizing the justice system, F.B.I. agents raid Trump’s estate.   On Friday, details of the warrant were revealed. The former President is under investigation for removing or destroying records, obstruction of an investigation, and violation of a provision related to gathering, transmitting or losing defense information under the Espionage Act. The F.B.I. seized 11 sets of classified documents, including four classified “top secret.” The F.B.I. collected boxes marked top secret, secret, and confidential, as well as documents, marked top secret/sensitive documents, photos, and information about the French President, according to the unsealed warrant.

No electronics were taken, but the warrant stated that property would be seized if it was evidence, contraband, fruits of crime, or items illegally possessed in violation of 18 U.S.C. § § 793, 2071, or 1519.

Any government or presidential record created between Jan 20, 2017, and Jan 20, 2021, as well as any information regarding the retrieval, storage, or transmission of national defense information or classified materials, was covered by the warrant. Authorities had permission to search the “45 Office,” all storage rooms, and any other room or area where the former President and his staff could keep records.

Trump has repeatedly stated that this was a witch hunt and voiced concern that he was being set up and that F.B.I. could have planted evidence as Trump’s attorneys were forced to remain outside and could not watch what the F.B.I. agents took.   According to Trump spokesperson Taylor Budowich, The Biden administration is in apparent damage control after their botched raid where declassified documents, picture books, and a handwritten note were seized. He added that they are now leaking lies and innuendos to explain away the weaponization of government against their dominant political opponent-an unprecedented raid on President Trump’s home. On Friday, Rudy Giuliani mocked claims that items sought at former President Donald Trump’s Florida estate were of grave national concern. Guiliani questioned why the F.B.I. took nearly three days to execute the search warrant if the material sought was so important.

Giuliani ridiculed the F.B.I. for obtaining the warrant on Friday at midday and spending the weekend in Palm Beach. The F.B.I. executed a raid on Trump’s Mar-a-Lago estate on Monday.

According to Giuliani, the magistrate who issued this warrant gave them 11 days to return it. That’s extraordinary if this was a matter of grave concern.

The F.B.I.’s search of Trump’s Mar-a-Lago resort this week was viewed as biased by Rep. Markwayne Mullin, R-Okla. Additionally, he found some humor in one of the reported allegations that Trump stole nuclear codes on paper. Mullin told Newsmax that the confiscated items did not pose an immediate threat to national security.

Mullin conceded conservatives can’t stop the F.B.I., D.O.J., and administration right now because Democrats control the House, Senate, and White House. Nevertheless, if Republicans take control of the House and Senate this fall and then win the presidency in 2024, the Oklahoma Republican envisions a complete “reorganization” of the F.B.I.

Meanwhile, Trump’s legal issues seem to be multiplying, accumulating with the raid on Mar-a -Lago. In addition to the hearings on Jan 6, several U.S. Capitol Police officers have sued Trump for allegedly inciting the riots. Election Interference in G.A.; Fulton County District Attorney Fani Willis opened a criminal investigation into “attempts to influence” the 2020 general election. At Willis’ request, a special grand jury was seated in May to subpoena seven Trump advisers. In New York, Trump faces two separate inquiries related to his business dealings – one civil and one criminal. Michael Cohen, Trump’s former lawyer,  claims that he was retaliated against for writing a tell-all memoir by the former President.  E. Jean Carroll, who claimed Trump sexually assaulted her in the 1990s, is suing the former President for defamation.

If that is not enough,  Bernard Kerik, former New York Police Department commissioner, expressed concern that Democrats are working to assassinate Trump.

On Friday, Michael Hayden, a government official under George W. Bush, Barack Obama, and Bill Clinton, “responded approvingly” to social media demands for “executions” for those who “spill nuclear secrets.”

Hayden “responded approvingly” in response to a tweet about Julius and Ethel Rosenberg, convicted of espionage in the 1950s for sharing atomic secrets with the Soviet Union. In June 1953, the Rosenbergs were executed for giving nuclear secrets to Moscow. Hayden said, “Sounds about right.”