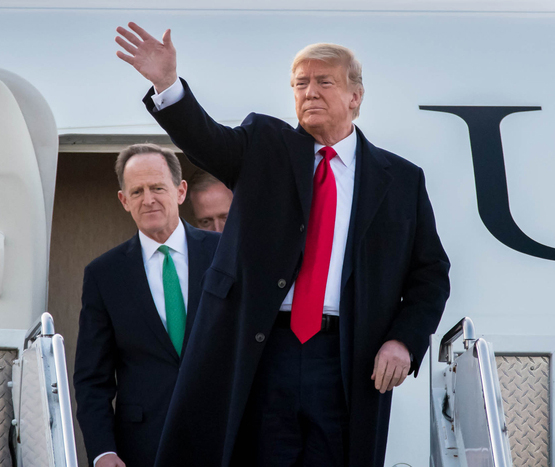 In the United States, not every guiding principle is a law. Several traditions, customs, or best practices were created at one point and are still followed today. Democratic norms facilitate a smoothly-run government. What happens when standards/norms like respect on the Senate floor or accepting election results are violated?   It seems that every day our Democratic norms are deteriorating more and more. As a result of their purported concerns about democratic norms, many are questioning Democrats’ credibility. For example, they support far-right Republicans in primaries hoping that GOP voters will nominate unelectable candidates.

Toomey has been attacked in vitriolic terms by Democrats over the last few weeks. In their attacks on Toomey, liberals have used profanity to portray him as a morally corrupt sociopath. In the 2021 impeachment trial for Donald Trump, Toomey voted in favor of conviction. Bad-faith attacks against Toomey indicate that many Democrats don’t care about democratic norms; they only care about winning and implementing their agenda.

The first time Toomey came into the national spotlight was as a disrupter like Trump, leading the conservative anti-establishment group Club for Growth. Toomey challenged liberal incumbent Senator Arlen Specter twice as a candidate in the primaries. As a result of Toomey’s second primary challenge, Specter switched parties, resulting in Toomey’s victory. In his role as a senator, Toomey has been pretty conservative but not disruptive. Working with West Virginia, Democrat Sen. Joe Manchin even pursued a bipartisan approach to guns.

Despite Toomey’s gradual move to the center, many people found his vote to convict Trump surprising since he had not often bucked Trump or the party leadership. It is impressive how someone can go from being a rebel to voting to convict a president who is loved by the Republican base.

The Democratic attacks against Toomey have centered around his views on the PACT Act, a bill for further assistance to veterans. When PACT was a standalone bill, Republicans largely supported it, but when Democrats loaded it up with other spending unrelated to veterans, they opposed it. Rather than making veterans spending mandatory, Toomey proposed an amendment to make it discretionary.

According to Democrats, Toomey’s amendment might make adding additional tangential healthcare items more difficult. Democrats claimed Republicans opposed funding for veterans’ care to score political points and wanted to use veterans’ care legislation to pass other things that couldn’t pass on their own.

Passions run high in politics, especially regarding veterans’ issues, whatever the reasons for Democrats’ opposition to Toomey’s amendment. Nevertheless, the left’s criticism of Toomey goes beyond policy to question his ethics and integrity.

John Fetterman, the Democrat running to replace Toomey, called Toomey’s actions disgusting and urged him to get out of D.C. Jon Stewart, a comedian and liberal activist, called Toomey a “monster” and said the senator was screwing around. Toomey was referred to as a coward by media host Jimmy Kimmel. A video of Stewart’s profanity-laced rant against Toomey and other Republicans was retweeted by Guy Cecil, chair of one of the most prominent Democratic super PACs. Malcolm Kenyatta, a former Pennsylvania Democrat senator, has said that Toomey cannot feel shame and has always been a fake.

Many arguments can be made for why Toomey was wrong on impeachment and the PACT Act. Despite their policy differences, liberals use demonization and profanity to attack Toomey. Trump and his supporters have been subjected to the same radical, divisive attacks from liberals. The raid on Trump’s Florida estates shows that democratic norms in the U.S. are degrading under the Democrat’s watch. Never in U.S. history was a form president’s home raid. Liberals have excused these attacks against Trump by saying that Trump is a unique threat. These attacks against Toomey and other Republicans indicate that they will use bad-faith tactics against anyone who disagrees with them. Now that’s truly a threat to America’s democratic norms.