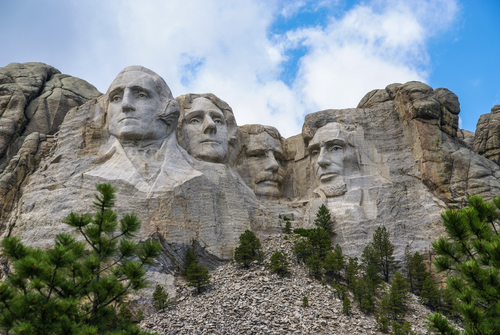 New legislation has been proposed by Republicans in the House of Representatives this week to prevent changing Mount Rushmore’s name or tearing it down because activists believe the monument disrespects Native Americans.

Changing, destroying, or renaming the Mount Rushmore National Memorial is prohibited by the Mount Rushmore Protection Act. Rep. Dusty Johnson (R-S.D.) introduced this legislation in reaction to mounting opposition to the site following a 2020 visit by then-president Donald Trump.

Johnson acknowledged the imperfections in the nation’s past. But there is no denying that the faces on Mount Rushmore symbolize democracy, freedom, and the great American experiment; erasing or altering the monument won’t erase the past or propel the United States into the future. The future of Mount Rushmore depends on our ability to keep it safe for the present and future generations.

Native Americans had long protested the monument, claiming it was constructed on holy territory stolen from them when gold was discovered in the Black Hills. Trump’s visit has only inflamed the situation. In 2020, a member of a South Dakota tribe told the media that Mount Rushmore represents the plunder of their land, forced assimilation, and the perpetuation of ethnic genocide. The Native Americans have been subjected to continuous genocide, and Trump’s visit served as a reminder of this.

Mount Rushmore National Memorial, which was erected on Mount Rushmore in South Dakota and combines the faces of former Presidents George Washington, Thomas Jefferson, Theodore Roosevelt, and Abraham Lincoln, is recognized in Johnson’s bill as ‘America’s Shrine of Democracy’ due to the way it honors these men while also showcasing the natural beauty of the surrounding Black Hills.

The bill does more than just prevent alterations to the memorial by mandating that the site be consistently labeled as ‘Mount Rushmore’ on all maps and other documentation pertaining to the area.

Last year, former NBA star Jalen Rose also urged people to stop using the term ‘Mount Rushmore’ because the monument was constructed on the graves of Native Americans whose land was stolen because of its gold.

Rose stated on Twitter that it should be offensive to all Americans, especially Native Americans and Indigenous people who were the first people there before Christopher Columbus.

Mount Rushmore Memorial, constructed in 1927 and included on the United States National Register of Historic Places on October 15, 1966, has been criticized by CNN in the past, being referred to as a ‘monument of two slaveowners.’