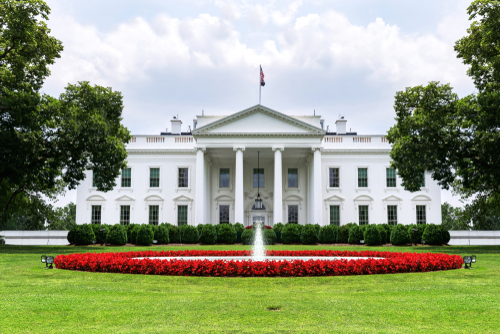 On Tuesday, while accusing Republicans of hypocrisy in their pursuit of the matter, the White House said it would reply in “good faith” to requests from Congress concerning the inappropriate storage of secret papers at President Joe Biden’s home and old office.

Five additional papers with confidential markings were found at Biden’s Wilmington, Delaware residence, according to the Democratic president’s lawyer, who revealed as much on Saturday. His staff at his home discovered a prior set of sensitive materials and at the Washington, DC, think tank where he worked after leaving the Obama administration as vice president. U.S. Attorney General Merrick Garland has appointed a special counsel to investigate the matter.

Since the documents’ discovery was first made public, the White House has primarily been defensive. Before the beginning of January, the public knew nothing about the situation. Initially, Biden’s legal team discovered classified information at the beginning of November, well before the midterm elections, that ultimately decided which party would hold the majority in Congress. Because of this, Republicans have claimed Biden’s staff has been hiding the findings from the public.

The government is looking into how Trump dealt with extremely sensitive secret materials after leaving the White House in January 2021. The papers were stored at his Florida estate.

Earlier this month, White House spokesman Ian Sams tried to draw parallels between the current situation and the lengthy drama that led to Republican leader Kevin McCarthy’s election as speaker of the House.

Sams told reporters they’re simultaneously faking outrage about disclosure and transparency while refusing to ask their speaker to reveal the secret deals he made to get the MAGAs’ support. MAGA is an acronym for “Make America Great Again,” a campaign slogan former President Donald Trump used.

Sams added they were discovering drip by drip, bit by bit, the types of things he handed away in those discussions and the significant impact they have on the American public. The clause that allowed any 435 House members to call for a vote to remove McCarthy as a speaker at any moment was one of the main concessions that McCarthy made to secure the speakership.

According to McCarthy, more information was needed about the Biden documents, including whether there were “more out there.”

Sams’s, a spokeswoman for the White House counsel’s office, briefing seemed aimed partly at reclaiming the offensive in the face of Republican criticism and questions about the length of time it took to make the materials public.

Sams warned that the DOJ inquiry might be left unanswered questions if frequent disclosures were made. He warned that answers to queries might not be revealed until the special counsel’s investigation is over.

As Sams put it, they appreciate that there is a conflict between the need to cooperate with a current DOJ investigation and the reasonable requests for further public disclosure. The organization is working to find a happy medium.

Sams declined to characterize talks between the Justice Department and Biden’s lawyers when asked whether the Department had requested the White House not to divulge particular topics. According to Sams, the White House is now evaluating the “few letters” it got from the Republican-led House Oversight Committee before deciding how to respond.

Last week, a reporter questioned Biden about keeping sensitive documents next to his Corvette, and he pointed out that the garage they were in was secured.

Biden will assist the Justice Department with its inquiry, the White House said again on Tuesday. Sams blasted Republicans for reacting differently to Trump and Biden document leaks. Sams remarked that these are the same Republicans who didn’t raise a peep over Trump’s handling of confidential data. Also, if they did make a peep, they usually defended it.