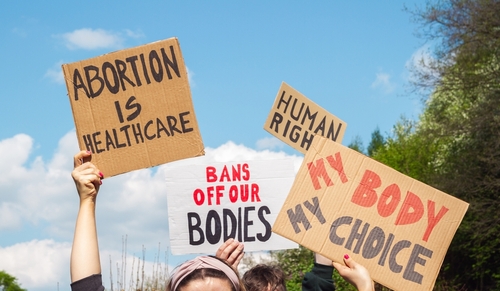 As midterm elections approach in the US, more Republicans are softening their anti-abortion beliefs following Roe v Wade’s overturn. Since the supreme court rejected the federal right to abortion in June, many Republicans have adopted more compromising positions to win votes in crucial states through their websites, commercials, and public statement adjustments. Solidly red Kansas voted in a referendum to maintain limited abortion rights, reviving Democratic hopes for the midterms.

Abortion has been a significant motivator for female voters, mainly Democrats, ahead of the midterms, helping the party win special elections.

According to Pew Research Center, 56% of voters say abortion will be “extremely important” to them this autumn, up from 43% in March.

Democratic data analytics business TargetSmart reports that gender gaps among new registrants have expanded in Pennsylvania and Wisconsin since the Dobbs ruling. Republicans realize that abortion could cost them dearly at the polls as they seek control of the House and Senate.

Kansas’ vote showed how difficult it is for many Republicans to go from anti-abortion rhetoric to reality. Kansas, a traditionally Republican state, decided to preserve abortion restrictions in its constitution, boosting the abortion rights campaign in a red state.

The result in Kansas is a wakeup call to Republicans that draconian abortion restrictions are non-starters with people, Republican strategist Barrett Marson told the Guardian. In the past, it has been ok to support strict abortion rules in a Republican primary as Roe v. Wade was still in effect, and it protected abortion, and now that it has been overturned, people are obviously concerned. Now even the most stringent policies have effects. He added that suburban women are giving a candidate’s opinion on abortion more weight.

A Republican Senate hopeful in Washington state declared she was against abortion but backed state legislation guaranteeing abortion until fetal viability. Tiffany Smiley was previously “100% pro-life” and respects Washington voters. “They’ve decided where they stand,” she said of the 1991 state statute.

Smiley said she was “pro-life but opposed a federal abortion ban” in a recent ad. Patty Murray, Smiley’s Democratic opponent, dubbed her “Mitch McConnell’s hand-picked candidate” in an ad. McConnell is known for his anti-abortion views and effort to stack the high court with conservative justices who are opposed to abortion. Smiley would back federal abortion bans, according to Murray’s commercial.

Smiley stated that she made it clear in her ad that she is not for a federal abortion ban. Patty Murray is the extreme candidate, and she wants abortion federalized. Smiley’s campaign accepted the backing of Tennessee Republican senator Marsha Blackburn, a fiery anti-abortion activist who presented a measure to defund abortion clinics, including Planned Parenthood.

Arizona Senate candidate Blake Masters’ position adjustment was more evident than Smiley’s. Masters told EWTN in March, Every community has had a child or “human sacrifice” in some manner, and this is our form. Abortions must stop.

Masters’ views on abortion have now softened. In August, the Trump-backed candidate aired an ad saying he supports banning late-term and partial-birth abortion. He said he agreed with the American people and other civilized nations.

Masters’ campaign website once said he backed a “federal personhood law” and was “100% pro-life.” His website now says, “Protect infants,” don’t kill them, and Democrats lie about my abortion views.

Susan B Anthony Pro-Life America has defended Masters’ change. Marjorie Dannenfelser, the group’s president, said Blake Masters is correct to focus on what’s feasible at the federal level: limiting abortions to a point where the unborn child can experience unbearable pain.

Scott Jensen, Minnesota’s GOP gubernatorial nominee, has softened his abortion stance. Jensen stated he would outlaw abortion in a March interview. That there should be ruled that there’s no cause to have abortions.

Jensen later reversed course. Jensen claimed in a July video that he supports abortions in circumstances of rape, incest, or life-threatening pregnancy. Jensen called his previous comments clumsy, stating that he never felt it necessary to try and discover exceptions to legal abortion or not. When it protects the pregnant woman’s life, and if her mental and physical health is in danger, that’s all that has to be expressed for the abortion to be ok.

Not everyone believes Jensen’s modified words are real. Ken Martin, chairman of the Minnesota Democratic Party, said if Jensen is elected, he will try to pass an abortion law that makes no exceptions for rape or incest.

An Iowa Republican candidate, Zach Nunn, said “all abortions, no exceptions” should be prohibited in May. Nunn previously voted for a 72-hour abortion waiting period. The measure excluded rape and incest but protected the mother’s life.

Cindy Axne, Nunn’s Democratic opponent, showed a film of him raising his hand in the primary. Who would take away a woman’s freedom to make her own decisions, even if she’s raped, incest or her life is in danger? The video stated Zach Nunn.

In an op-ed last month, Nunn said he is pro-life, and he favors protecting the life of the mother and infant. He accused Axne of taking his statements out of context and said, This topic is too important: Iowans deserve to be heard. Nunn favors abortion in “exceptions such rape, incest, fetal deformities, and to save the mother’s life.”

Some political analysts worry that Republicans’ efforts to reframe their abortion policies will hurt their political momentum, especially as Democrats make the issue a centerpiece of their campaigns.

While the economy and inflation should be the most significant topic this cycle, Republican candidates are suddenly defending their stances on abolishing abortion, added Marson.

They miss opportunities when they don’t discuss the economy and inflation.