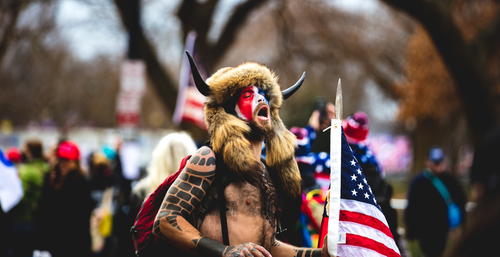 On Wednesday, a discussion between a federal judge and a lawyer for one of the Oath Keepers devolved into a screaming match. The Oath Keeper, Kelly Meggs, is charged with seditious conspiracy as well as other charges. His lawyer suggested that she may argue at trial that her client deleted evidence after the riot on the instruction of another lawyer.

Juli Haller, who represents Kelly Meggs, stated to US District Judge Amit Mehta that she was considering whether or not to argue that Kellye SoRelle, the general counsel for the Oath Keepers, had instructed Meggs to delete text messages from his phone.

The case against Meggs includes some charges related to tampering with records/documents, but he has pleaded not guilty to the charges.

Mehta yelled at Haller that she was bringing this up ten days before trial. That if she was going to bring up an advice-of-counsel defense, it should have been done before the eve of trial.

Before the five leaders of the far-right Oath Keepers militia group go on trial at the end of this month, many legal issues remain unresolved. This will be the first seditious conspiracy trial that has resulted from the events of January 6.

The DOJ’s choice to prosecute the seldom used charge will be put to the ultimate test during the trial, and the unresolved legal differences might have implications for how they decided to present their case.

Haller did not become aware of the claim until SoRelle, who was just charged with a federal offense two weeks ago, appeared in front of a grand jury in June.

SoRelle faces charges of obstruction of an official proceeding and obstructing justice for instructing the oath keepers to erase information from their phones. She is pleading not guilty.

Mehta stated that the claim that SoRelle urged people to remove texts from their phones was not new and that the allegation itself was not new. Mehta yelled at Haller, that he read that in the press months ago, that he was not buying it, and that “it was in the indictment,” as he continued to argue with Haller.

Haller shouted back; which indictment are your referencing? Specifically, “the first, second, sixth.”  Both Haller and Mehta continued to interrupt one other, with Haller claiming that she had discovered fresh material while Mehta dismissed her claims. The prosecuting attorneys vigorously shook their heads.

In the end, Mehta instructed Haller to take a seat, but she did not comply. When one of the other lawyers recommended taking a break during the hearing, Mehta yelled “no” at them.