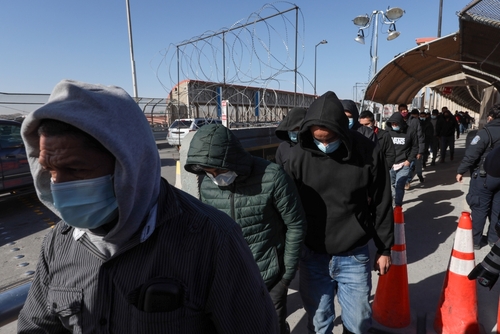 The chief justice’s action, known as an administrative stay, was intended to allow the Supreme Court time to decide whether to retain Title 42, a program that a trial judge had ordered to be terminated by Wednesday. The court is anticipated to decide within the next several days.

The ruling was sparked by an emergency petition submitted by 19 Republican-led states on Monday. Attorneys representing the states petitioned the Supreme Court for an emergency stay of a federal judge’s ruling banning the program, arguing that it was necessary to avert a border crossing surge. Failure to grant a stay will result in a border catastrophe of unparalleled dimensions, they wrote, adding that daily unlawful crossings might more than quadruple.

Last month, Judge Emmet G. Sullivan of the Federal District Court in Washington determined the Centers for Disease Control and Prevention’s measure did not promote public health and constituted a significant threat to immigration. Unless a higher court awarded a stay, the deadline for halting the program was scheduled for Wednesday.

In a three-judge panel decision, the District of Columbia’s Court of Appeals denied the state’s request for a stay, stating that they had waited too long to intervene in the lawsuit brought by migrants seeking relief under the health provision.

Attorneys for the immigrants argue that the health measure does not justify excluding persons escaping violence from applying for asylum. The states run by Republicans said that without the safeguards, border states would confront an overwhelming flood of migrants and that the case had more significant ramifications.

They said that this case affords this court the chance to correct the district court’s mistaken attempt to limit the C.D.C.’s jurisdiction to employ Title 42 to safeguard public health during future pandemics. In the future, the district court’s order will impede the Centers for Disease Control and Prevention’s ability to prevent foreigners with infectious diseases from entering the United States.

Since the Trump administration declared in early 2020 that the step was necessary to combat the coronavirus epidemic, more than 2.3 million people have been expelled. According to critics, the measure was intended to reduce immigration.

In their emergency motion, the states asserted that if the judges failed to intervene, they would suffer irreparable injury. “Specifically,” the states’ attorneys said, the vastly increased number of migrants resulting from this termination would inevitably raise the states’ expenses for law enforcement, education, and health care. There has already been a rush of migrants approaching the border in preparation for December 21, they noted, highlighting the states’ losses.

The states’ attorneys requested that the Supreme Court take quick action to protect the status quo while the justices deliberated. Given that Title 42 is scheduled to expire at 12:01 a.m. on Wednesday, December 21, they wrote, the states respectfully urge an immediate administrative stay pending determination of this stay request.

Chief Justice Roberts has requested a response to the state’s emergency petition by Tuesday at 5:00 p.m., indicating that the court may make a quick decision.