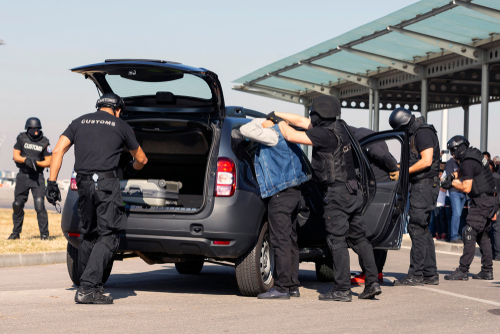 U.S. Customs and Border Protection agents are trying to “match” the ingenuity of Mexican drug cartels in their cross-border drug smuggling operations.

After the Trump administration initiated Title 42 at the start of the COVID-19 pandemic, the majority of migrants at the southern border were expelled for reasons of public health. Many people are worried that the end of the policy this week will lead to a flood of illegal immigrants and drugs into the United States, despite the Supreme Court temporarily blocking an order that would lift the policy on Monday.

According to Grossman, the United States Attorney’s Office is “prepared” to handle border issues because of its consistent collaboration with the Border Patrol, Customs and Border Protection, Homeland Security Investigations, and other state and local law enforcement partners.

According to Grossman, large quantities of fentanyl are routinely being seized in powder and pill form and in combination with methamphetamine. Also, he said, people are being recruited at the border to bring it over with several, sometimes kilos of fentanyl concealed on their person. The drugs are being seized in cars, in various panels, in hidden compartments, and on body carriers.

San Diego’s U.S. attorney, Andrew Grossman, said the office is trying to “match” the cartel’s ingenuity and that “no place” would be sacrificed by it for profit.

He said that, unlike the state, the federal government has “unique tools” that can be used to bring traffickers to justice and secure lengthy prison terms for dealers. According to Grossman, the Southern District of California office has successfully obtained long sentences for street-level drug dealers, and prosecutions of crimes involving fentanyl have increased by 800% over the past five years.

At the San Ysidro port of entry from Mexico, the U.S. attorney’s office hung posters warning Mexican nationals that selling deadly fentanyl into the United States carries a minimum sentence of 20 years in prison. Some addicts in San Diego are also turning to powder fentanyl, which threatens the local area, the rest of the country, and the addicts themselves.

Adam Gordon, the assistant U.S. attorney and coordinator of the criminal division’s opioid task force, said that the death toll from powdered opioids has increased in San Diego County over the past four or five years. He claims that the county currently has a four-to-one powder-to-pill ratio.