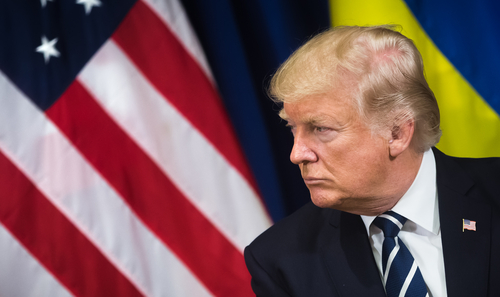 Thomas Barrack, former chairman of Colony Capital Inc., is accused of operating as a foreign agent without notifying the U.S. Attorney General.

Federal prosecutors accuse Mr. Barrack of coordinating with a former colleague and an Emirati citizen to influence the Trump administration and U.S. officials. They claim that Mr. Barrack also received $374 million from Emirati sovereign-wealth funds.

Mr. Barrack was charged in July 2021 with obstruction of justice and lying to F.B.I. investigators in 2019. In Brooklyn, jury selection begins Monday, and the trial will take a month.

Barrack pled not guilty. Lawyers declined to comment. In court documents, they maintained Mr. Barrack never acted as a foreign agent or hid his links to Emirati authorities. Lawyers say Barrack acknowledged his meetings with the Emiratis to the State Department, Trump, and Trump’s associates.

U.A.E. officials won’t comment on Mr. Barrack’s case out of respect for U.S. law. An official stated that the U.A.E. respects state sovereignty, laws, and regulations.

The Justice Department is cracking down on foreign influence in the U.S. The trial might distinguish between criminal foreign influence peddling and legitimate use of Washington ties to communicate foreign government views.

Paul Manafort pled guilty in 2018 for failing to register as a Ukrainian agent. Trump pardoned Manafort in late 2020 despite his legal troubles. In May, the Justice Department sued casino billionaire Steve Wynn to force him to register as a lobbyist for his 2017 efforts to get a Chinese diplomatic favor.

Barrack’s case might be a delicate issue for U.S.-UAE relations as the two countries attempt to rebuild ties after years of differences over U.S. Middle East policies. The Emiratis are concerned about the U.S. response to Iran-backed Houthi missile attacks on the oil-rich U.A.E. earlier this year. After Russia invaded Ukraine, President Sheikh Mohammed bin Zayed Al Nahyan, then crown prince, rebuffed a U.S. request to talk with President Biden.

Mr. Barrack played a prominent role in Mr. Trump’s first presidential attempt, generating more than $30 million by June 2016. During the campaign and transition, he acted as an informal adviser in the Middle East. He oversaw Mr. Trump’s 2017 inauguration committee, which was investigated for expenditures and donations in 2018. The probe’s status couldn’t be established.

The indictment against Mr. Barrack does not name Emiratis, only six unnamed U.A.E. officials. Sheikh Mohammed, then crown prince of Abu Dhabi, and his brother, the national security adviser Sheikh Tahnoun bin Zayed, is also among them.

Prosecutors allege Barrack interacted with U.A.E. authorities through an Emirati businessman. Matthew Grimes, Mr. Barrack’s Colony assistant, is also accused of working as a foreign agent without notifying the attorney general. Grimes pled not guilty in is a co-defendant in Barrack’s trial.

Grimes’ lawyers declined to comment. In court pleadings, they said Mr. Grimes never met with U.A.E. authorities, and they didn’t know who he was. Lawyers argued Mr. Grimes was a messenger for his boss.

Sheikh Mohammed has led a realignment of the Middle East against political Islamists after the Arab Spring and to resist an expansionist Iran. Abu Dhabi has become one of Washington’s best-connected governments.

Yousef Al Otaiba, the current U.A.E. ambassador to the U.S., was appointed in 2008 and rapidly gained a reputation for influencing U.S. policy. At the time, the U.A.E. was hurting from a failed attempt to acquire U.S. port infrastructure through one of its Dubai-based corporations. Congress opposed the sale amid heightened distrust of Arab governments after 9/11.