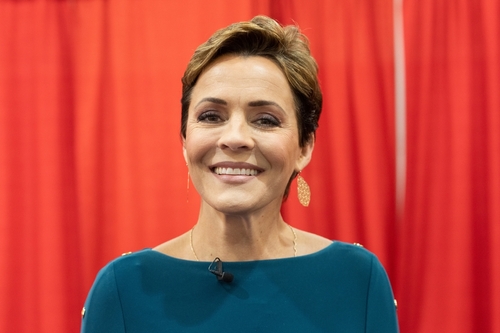 Like many others in Arizona on Election Day, Kari Lake is dissatisfied with how Maricopa County polls are run. Even before the sun rose on Tuesday, many voting places in the area were experiencing serious issues.

“We have two totalizers. One of the tabulators is broken.” The other tabulator accepts roughly 75% of the ballots, a poll worker remarked, admitting that one-quarter of the ballots at the location were misread.

After the errors inundated some spots that appeared to be predominantly Republican, Lake pushed her followers to vote in Democrat-dominated sections of the county. Democratic neighborhoods are less packed and have fewer problems, Lake tweeted, urging voters to remain in line.

Voters who had a defective machine or an unreadable ballot were advised to place their ballot in a separate bin or box, which would subsequently be brought to a central location and counted. Because of the ill-prepared voting infrastructure, many people were frustrated and unclear whether their ballots would be tallied at all.

Lake is understandably dissatisfied with the outcome of Election Day. The fact that her opponent, the allegedly inept Arizona Secretary of State Katie Hobbs, is in charge of the state’s elections exacerbates the matter.

“Another election run by a bunch of clowns,” she continued, “and we’re not going to take it any longer.” We will reestablish trust in our elections, she stated.

Once again, Lake reasserted the message that Maricopa County has screwed us over. We will restore trust in our elections.

While the contradictions of this election are not surprising to concerned citizens who followed the Democrats’ spin game two years ago, Republicans’ strong performance has surprised many on the left.

When they saw the early results from traditionally blue Miami-Dade County, Florida, an MSNBC panel released an audible gasp.

Early voting results, in which liberal candidates generally dominate, showed Republicans had an easy and decisive advantage. Whether Maricopa’s broken machines will affect the final tally remains to be seen.

However, it is evident that Hobbs’ continued “leadership” would only bring Arizona more of the same in terms of electoral failures.

Lake’s victory tonight could mean a chance for future free, fair, and error-free elections in the Grand Canyon State, as many Republicans expect.