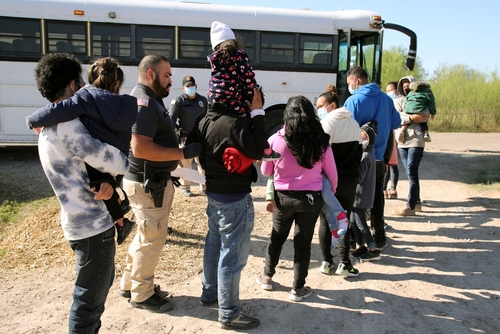 Governor Ron DeSantis of Florida and Greg Abbott of Texas, who clashed with the Biden administration over their policies of transporting illegal immigrants into the country, won their re-election Tuesday night.

Both Republican candidates won their elections in Florida and Texas after easily defeating high-profile opponents Charlie Crist and Beto O’Rourke early in the evening. More than 98% of the votes had been counted as of Wednesday morning when Abbott led O’Rourke by more than ten percentage points, and DeSantis led Crist by nearly 20 points.

The Abbott administration escalated its tactics earlier this year when it began busing migrants to Washington, D.C., despite both men’s criticism of the Biden administration’s handling of the border crisis.

Later, his office expanded the operation to include bus service to New York City and Chicago. All three cities are “sanctuary” jurisdictions, meaning they cannot cooperate with Immigration and Customs Enforcement. Abbott stated the move was made to relieve pressure on overburdened border communities while also drawing attention to the migrant crisis.

As of this month, Texas claims to have bussed nearly 8,300 migrants to Washington, D.C., 3,500 to New York City, and over 1,000 to Chicago. The actions have sparked outrage in the cities, which have declared emergencies and requested federal assistance. The Biden administration has also criticized Abbott harshly, accusing him of using migrants as political pawns.

When DeSantis flew two planes of migrants into the liberal enclave of Martha’s Vineyard, Massachusetts, the outrage was heightened.

DeSantis spokesperson said at the time that states like Massachusetts, New York, and California would facilitate the care of those individuals whom they invited into our country by incentivizing illegal immigration and supporting the open border policies of the Biden administration.

The White House hit back repeatedly, accusing the governors of political stunts.

White House press secretary Karine Jean-Pierre explained that these were mothers fleeing communism with their children. Their treatment by DeSantis and Abbott was brutal and deliberate, and they used them as political pawns during their political stunt.

Biden took aimed at the governors as well. Instead of collaborating with us to find solutions, Republicans are playing politics with people, using them as props. What they’re doing is simply incorrect. It’s un-American and reckless, and we have a system to deal with migrants at the border. We’re working hard to make it safe, orderly, and humane. Republican officials should not obstruct the process by engaging in these political stunts, Biden stated.

DeSantis mentioned he didn’t hear a peep out of the people that Biden was flying migrants out to Florida in the middle of the night. DeSantis has not heard anything about all the migrants that Biden has told can just walk in because they’re being abused by the cartels. DeSantis also states they’re drowning in the Rio Grande. In addition, 50 people died in a shed in Texas, but there was no outrage about that.

Because of all of the busing and flying of migrants, Illinois, Washington D.C., and New York have declared emergencies; all have sought aid with the Biden Administration and have been denied. Neither Biden nor Harris has visited the border to see what is happening.

There was some concern that the controversial tactics would backfire on both governors as they ran for re-election. Instead, both governors won decisive victories.