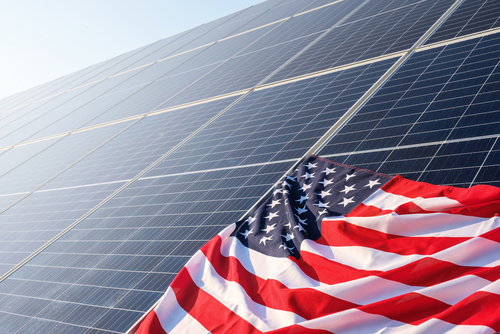 The new law prohibiting shipments from China’s Xinjiang region over slavery concerns has resulted in more than 1000 shipments worth hundreds of millions of dollars accumulating at U.S. ports since June, government officials said.

Several seizures, which had not been previously published, demonstrate how a policy designed to increase pressure on Beijing over its Uyghur incarceration camps in Xinjiang may impede the Biden administration’s efforts to decarbonize the U.S. electricity industry to combat climate change.

U.S. Customs and Border Protection detained 1,053 solar energy equipment shipments between June 21, when the Uyghur Forced Labor Protection Act took effect, and October 25. The company said the goods have not yet been released.

The agency refused to disclose the manufacturers or confirm the quantity of solar equipment included in the shipments, citing a federal statute that protects trade secrets.

Longi, Trina, and Jinko contribute around one-third of U.S. panel supplies. According to industry sources, firms have blocked new shipments to the United States out of concern that additional cargo will also be delayed.

The sources requested anonymity since they were not authorized to discuss the topic publicly.

China denies abuses in Xinjiang. Beijing first denied the existence of any prison camps but later confirmed that it had established “vocational training centers” in Xinjiang to combat terrorism, separatism, and religious extremism.

Neither the Chinese Ministry of Foreign Affairs nor the China Photovoltaic Industry Association immediately replied to calls for comment.

Jinko stated in an email that it is collaborating with CBP on proof that its products do not include forced labor and is certain the shipments will be allowed.

Longi and Trina did not respond to interview requests.

The bottleneck is an obstacle for U.S. solar development when the Biden administration attempts to decarbonize the U.S. economy and execute the Inflation Reduction Act (IRA), which encourages using clean energy technologies to tackle climate change.

According to the American Clean Power Association, solar installations in the United States declined by 23% in the third quarter, and roughly 23 gigawatts of solar projects were delayed primarily due to an inability to procure panels.

The ACP encouraged the Biden administration to streamline the import screening procedure.

The UFLPA presupposes that all commodities from Xinjiang are created with forced labor and requires producers to demonstrate otherwise by tracing the origin of imported equipment back to the raw material before imports can be cleared.

CBP declined to comment on the duration of the detentions or indicate when they could be released or denied.

According to industry sources, Longi, Trina, and Jinko obtain most of their polysilicon from U.S. and European suppliers such as Hemlock Semiconductor, a Michigan-based joint venture between Corning Inc and Shin-Etsu Handotai Co Ltd, and Wacker Chem.

A spokeswoman for Wacker declined to comment on the U.S. detentions but stated that the business receives its quartzite from Norway, Spain, and France.

Hemlock stated that it obtains all of its metallurgical-grade silicon from North and South American vendors that mine quartz.

CBP has previously stated that, through September, it has detained around 1,700 shipments valued at $516,3 million under UFLPA but has never specified how many of these shipments contained solar equipment.

The European Union has also recommended a ban on Xinjiang-produced goods but has not yet enacted one.