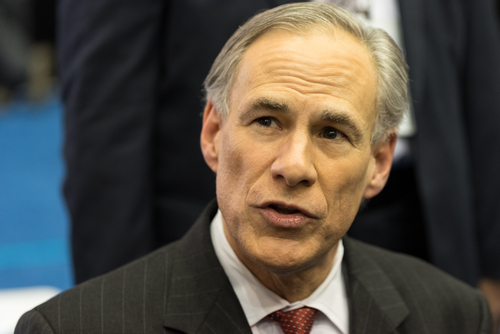 Abbott’s re-election ensures the migrant resettlement scheme will go on. Texas and Arizona governors have sent buses filled with thousands of migrants from the border to a sanctuary city. Recent bus passengers have been predominantly Venezuelans trying to get out of their country. Abbott has dispatched busloads to New York, Chicago, and the Washington, DC area (including Kamal Harris’s home).

A possible influx of migrants has Philadelphia girding for a busload of new residents. Officials in Texas have sent thousands of migrants to major cities, including Chicago, New York, and Washington, D.C., via bus.

Fifty-two migrants are expected to arrive in Philadelphia on a bus from Del Rio, Texas, this week. Although Texas Governor Greg Abbott has already dispatched thousands of migrants on buses to New York City, Washington, D.C., and Chicago, this would be the first time they have been driven to Philadelphia.

According to Fox News Digital, a representative for Philadelphia Mayor Jim Kenney said, “the situation is still fluid,” meaning it’s unknown when exactly the proposed bus journey would occur and when the migrants will arrive.

Texas officials have not collaborated with the city, and this information was provided to us by a community partner organization, the spokeswoman explained. They don’t know where the bus will stop, who will be getting off, or even whether there will be additional buses.

Since the summer, when neighboring towns began receiving buses carrying migrants, Philadelphia officials have been preparing for their possible arrival.

Having encountered a record number of migrants at the southern border in the fiscal year 2022, Abbott claims he is trying to call attention to an illegal immigration crisis that disproportionately affects Texas border communities.

Abbott tweeted last week that as long as Biden does nothing, Texas will continue taking extraordinary steps to alleviate the strain on their border communities as well as secure the border.

According to Abbott’s press secretary, Renae Eze, President Biden’s reckless open border policies have created this ongoing crisis. Texas will continue to use every strategy to deal with this border crisis and protect its citizens up to the point that President Biden and Congress do their jobs and secure our southern border.

On Governor Abbott’s order in April, the Texas Division of Emergency Management chartered buses to bring migrants to the nation’s capital. The Governor extended the list of safe cities to include New York and Chicago in August. Over 10,000 migrants have been bused to sanctuary cities in Texas since the spring, bringing much-needed respite to overburdened border communities.

In the past year, Texas has spent over $12 million on bus transportation to cities on the East Coast.