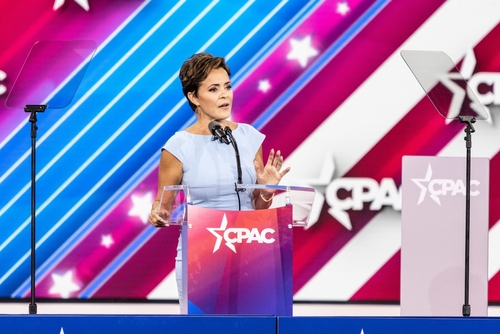 Election results have mostly been confirmed without incident across the country, except in Arizona. Several jurisdictions postponed certification, and Cochise County, in southeastern Arizona, missed the deadline last week until a court intervened on Friday, ordering the county to certify the election.

The Daily Caller News Foundation obtained emails and documents in which Gov.-elect Katie Hobbs’ senior assistant and Arizona’s Democratic Secretary of State threatened to prosecute the Mohave County Board of Supervisors if election results are not certified by Monday.

Kori Lorick, the State of Arizona’s Director of Elections, addressed many letters and emails to board members, threatening them with criminal charges if the election results were not certified on time. According to the emails, the letters also threatened the members with legal action for “nonfeasance.”

According to Mohave County Attorney Matt Smith, the Secretary of State contacted our county and highlighted A.R.S. 16-1010 as the law that might be used to penalize the Board if they failed to certify the election. The arrest may lead to a Class 6 felony conviction, punishable by up to two years in prison for those who fail to execute their duties as required by law.

Kori Lorick threatened legal action, even on a personal level, according to Travis Linginfelter, the Board’s chair-elect supervisor. Board members have said that the threats were issued by Lorick, who reports to Hobbs.

According to Lorick, Hobbs was needed by law to approve the statewide canvass by this week and would have to remove Cochise county’s ballots if they were not received in time. That would threaten to flip the winner of at least two tight contests, a U.S. House seat and the state superintendent of schools from Republican to Democrat.

“Arizona had a  successful election,” declared Democrat Secretary of State Katie Hobbs before signing the certification. However, Hobbs added that prominent voices spread disinformation that threatened to disenfranchise voters far too frequently during the process.

Republicans are concerned about Hobbs’ participation in certifying her victory against Lake in the governor’s race. Lake and her supporters have focused on issues with ballot printers, which resulted in around 17,000 ballots that could not be tallied on the spot and had to be counted at the elections department headquarters.

Lines formed in several polling booths, raising concerns that some supporters could not vote. According to county officials, everyone could vote, and all valid votes were counted.

The campaign for attorney general was one of the tightest in state history, with Democrat Kris Mayes and Republican Abe Hamadeh; a total of 510 votes out of 2.5 million ballots separated the two candidates. A recount is underway. A suburban legislative seat and a contest for superintendent of public instruction will also be recounted.

Along with Hobbs and Mayes, Democratic Senator Mark Kelly was re-elected, and Democrat Adrian Fontes was elected Attorney General.