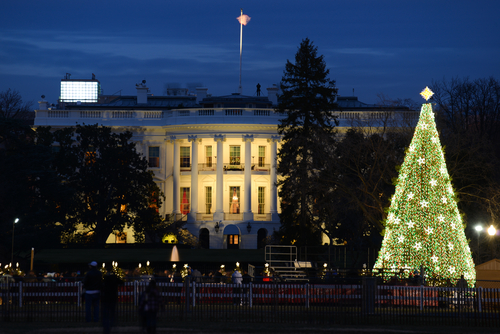 Despite Biden’s pledge to restore “civility” to public life, many journalists, many of whom believed they were barred for “naughty” rather than “good” coverage, were denied invitations to the glossy soirees ( December 8 for TV teams and on December 13 for other press).

Because guests may bring a friend and generally snag a portrait with the president while sipping eggnog in the big halls on the main floor of the White House, the Christmas fests are treasured benefits for those that cover the White House.

A senior White House journalist, also speaking on condition of anonymity, said his outlet had been invited to Christmas parties since the George W. Bush administration and that Biden’s frequent press access concerns should be viewed in light of the snubs.

According to a White House reporter, Biden’s snubs are a type of “petty blacklisting.”

According to Biden, a free press is essential to democracy, and he favors free and independent media and the need to hold governments responsible. However, it appears to apply solely to governments outside the United States, added the veteran reporter.

What’s most irritating about this guest list is that it shows how the White House is taking punitive measures against journalists who are simply doing their jobs, as the president says.

According to another seasoned journalist, this White House appears to have lost any concern for the semblance of openness and respect for a free press.

Journalists from various news organizations with regular seats in the White House briefing room were not invited, and the White House refused to reveal how the guest list was compiled.

According to the White House, they are happy that reporters can once again enter the White House during the holidays. They also worked hard to be as open as possible and anticipate hosting hundreds of reporters from over 150 publications.

Employees at certain news institutions with Democratic-leaning opinion sections said they were not invited. However, journalists from conservative-leaning editorial boards appeared to be disproportionately impacted.

The White House press corps requests that the limits on Biden events be lifted.

Many of the initially excluded journalists — some of whom received last-minute invitations Monday are rarely called to press briefings by Karine Jean-Pierre and have been de facto blacklisted for indoor presidential events through much of 2021 due to a mysterious prescreening process that has since been rolled back.

Others who were not invited caused problems for the press office this year, including public concerns over reopening access to events and heated briefing-room questions for Jean-Pierre.

“What better way to pass on the news of benefits than to deny it to people you loathe,” remarked veteran writer and author Brian Karem, who writes for the left-leaning Salon.

In June, Karem produced a press corps protest letter demanding an end to the hazy prescreening of reporters allowed into Biden’s engagements. That declaration was signed by journalists representing around two-thirds of the briefing room seats.

Karem, for his part, sees it as a wonderful honor that he is as unpopular in the current administration as he was in the last one.

During his first year in office, former President Trump hosted a press Christmas party, but he declined to do so in 2018 and 2019, calling the press “fake news” and an “enemy of the people.” COVID-19 ended the celebrations in 2020 and 2021.

Baker told the Washington Post that he does not recall many situations when professional journalists who were there daily didn’t get invited. Baker’s impression is that who gets invited and who doesn’t is pretty frequently a problem, so it’s impossible to draw a direct apples-to-apples comparison without exact statistics.

According to Baker, people who actively attend the briefing room are usually invited, and those who aren’t part of the press corps that attend are harder to invite, such as columnists, editors, and bureau chiefs.

Baker speculated that the White House may have intended to limit attendance owing to the COVID-19 outbreak, albeit partygoers must be screened beforehand. Some of the journalists passed over this year were unfazed by the news.

This year, Newsmax journalist John Gizzi was not invited. Gizzi has covered the White House since 2003; he said he did not receive an invitation this year but remembers attending presidential Christmas parties with almost a dozen family members.

Previously, all reporters with a permanent press credential had been invited, according to Gizzi. However, Gizzi said he was dropped off the guest list halfway through Obama’s presidency and went two years without an invitation.