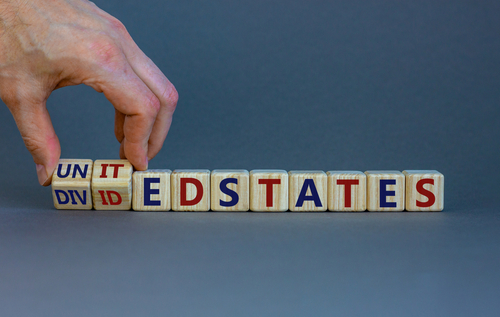 A national study performed by the Trafalgar Group last month suggests that political segregation in the United States appears to be considerably higher than is evident from net demographic changes.

The nationwide poll asked potential voters if they had relocated to a place that corresponds more closely with their political and/or personal convictions over the past three years; the poll also asked if they expected to move within the next year.

In the past three years, more than 4% of Republicans and independents have relocated to a place more consistent with their political convictions.

Far more significantly, over 10% of Republicans and 9% of Independents aim to migrate to a more politically affiliated location within the next year.

These figures are much lower for Democrats.

If these responses are even close to properly representing the direction of political migration, then a historic political re-sorting is happening nationally, with the majority of the voters shifting to the right of the center.

It is probable that poll respondents overstated, as it suggests that 10.7 million voters would relocate to a location with which they identify more closely during the next twelve months. According to the Census Bureau, only around 30 million Americans (not just voters) have relocated annually for whatever reason during the past several years.

In contrast, in the 1980s and 1990s, more than 40 million Americans moved yearly. Therefore the poll may represent a return to high migration rates due to increasing political polarization.

It is also feasible that considerably more people move for political reasons than would be shown by a poll. A person with little interest in politics may remark, for instance, that she relocated to Florida for a good job, cheap taxes, and reduced crime, without realizing that these factors are essentially political.

The survey also inquired about movements to a new area, which may or may not be to a different state; hence, the study cannot necessarily be used to define all interstate mobility. There is also political mobility inside a state. Liberals in southern Illinois may move to Chicago, conservatives in Portland may move to eastern Oregon, and liberals in upstate New York may move to New York City.

The poll results show that Republicans and Independents are much more likely to relocate for political reasons than Democrats. The poll appears to corroborate that political preference is a primary driver of the previously revealed estimates of interstate movement by the Census Bureau. For 2022, the agency predicted that New York, Illinois, California, and other blue states would have particularly severe population declines, while Texas and Florida would be the clear winners. The poll and census data suggest that conservatives and independents are departing the most liberal states and leading interstate movements.

When explicitly considering political segregation, it is essential to note that census statistics do not necessarily reflect net population changes. Net population shifts may be slight or substantial for a specific state, but they reveal nothing about the gross migration statistics, which are always significantly larger. If these figures are based on politics, the nation is politically separating at a considerably higher rate than appears to be the case.

The repercussions for America are enormous. As those on the right migrate to more right-of-center areas and vice versa, their new jurisdictions will more likely accommodate them politically, widening the divide and becoming even less tolerant of the opposing side.

This is something we’ve seen a lot of before. In Illinois, the right to work was constitutionally outlawed in November, while in Tennessee, the right to work was enshrined; after the Dobbs decision, some conservative states strictly limited abortion, and some liberal states further protected abortion, while many adopted voting procedures that favored the ruling party.

If the end outcome is accelerated population growth in conservative states,

their political influence will also increase. According to Brennan Center analyst Michael Li, if the most recent interstate migration trends continue without any acceleration, Texas and Florida will gain four and three House seats, respectively, in 2030, while California, New York, and Illinois will lose five, three, and two seats, respectively.

The Trafalgar survey is only the beginning. Much more study is required on this issue. Given its significance, political scientists and pollsters should target verified movers with repeated, precise inquiries regarding their motives for relocating, where they came from, and where they went.

No matter what you call it – the U-Haul Revolution, the Great Re-Sort, or the National Divorce – it’s happening, it’s significant, and much more research on it is needed. States are the “laboratories of democracy,” as Supreme Court Justice Louis Brandeis once remarked. Some are succeeding, while others are failing badly.