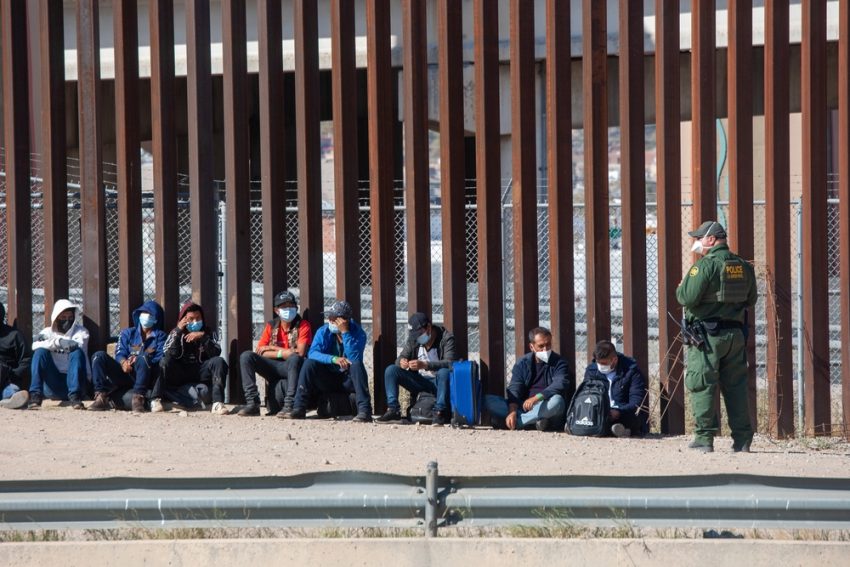 President Joe Biden created the illegal alien crisis at the southern border when he destroyed the security measures installed by Former President Donald Trump, which had made inroads into the illegal border crossings.

Since then, Biden has been making it easier for illegal immigrants to into the U.S. and travel. According to a senior national security fellow at the Center for Immigration Studies, Todd Bensman (and Middle East Forum writing fellow), that’s the case.

According to Bensman, multi-national U.S.-bound immigrants from more than 150 countries find international routes to the southern border easier, faster, and less obstructed than ever before.

According to him, Panama has shortened the notorious Darien Gap route from South America, while Mexico has changed its policy of using national guards to block roads. He said Mexican officials are issuing fast-pass visas for travel straight to the U.S. border.

The new relative ease, safety, and speed of global journeys to the U.S. southern border will encourage even more foreign nationals to try this journey. Bensman said that the border-crossing nationalities the administration is currently allowing remain are particularly at risk. Among illegal migrants, the number of foreign nationals who do not come from Mexico or Central America has reached record levels. But he warned that the hundreds of thousands being allowed to stay in the country threaten national security, public safety, and health.

The Biden administration has not acknowledged these two consequential changes. Although the enticing changes come after months of American diplomacy with Panama and Mexico, they are consistent with the administration’s overarching policy idea for border management that illegal immigration should not be stopped as much as “safe, humane, and orderly.”

A new sea route to the U.S. was opened up abruptly by Panama for those who previously had to cross a “lawless jungle wilderness” of 60 miles to get to the U.S. border.

The seven- to ten-day trek across mountains and flash flood-prone rivers to Panama is usually undertaken by less than 10,000, mostly single, young men each year. According to Bensman, more than 130,000 crossed in the first year after Biden won the Presidential office to take advantage of exemptions in Title 42 for families with young children, unaccompanied minors, and pregnant women.

Mexico has also changed. In the past, Mexican roadblocks, paperwork requirements, and other measures slowed down illegal immigrants headed to the U.S. border. Mexico now appears willing to issue transit visas to Guatemalan immigrants and 30-day ‘Multiple Migratory Form’ visas to Guatemalan immigrants following recent American diplomatic activity. Using these, they travel straight to the American border for illegal crossings, according to the report. Due to historical border collapses and record-breaking foreign nationals migrations, the Biden administration’s role in opening the superhighway is both befuddling and not particularly.