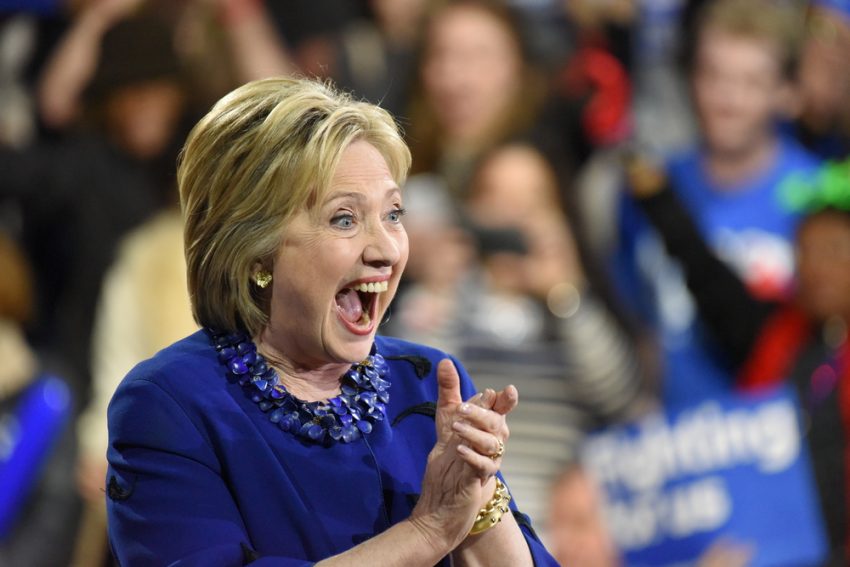 Hillary Clinton and her campaign team know how to turn a profit. Hillary Clinton’s campaign is raising money off the FBI raid at former President Donald Trump’s residence at Mar-a-Lago by promoting her “but her emails” hat. An apparent reference to a portion of the tirade former President Donald Trump gave regarding the FBI raid on his Mar-a-Lago residence. During his rant, Trump stopped to mention  Hilary Clinton and how she deleted and acid-washed 33,000 emails after Congress subpoenaed them—adding that there has been no accountability for her. To nail home his point, he even mentions that she took antique furniture and other items from the White House.

While acting Secretary of State, Clinton used a personal email server to store classified information.   Using the private email server became a significant point of contention during her presidential campaign against Donald Trump in 2016. FBI Director James Comey concluded the investigation in July 2016 regarding Clinton’s email and her use of a private server, calling Clinton’s handling of sensitive information “extremely careless” but recommending no criminal charges.

Clinton tweeted on Tuesday that every ‘But her emails’ hat or shirt sold helps @onwardtogether partners defend democracy, build progressive benches, and fight for our values. Clinton also tweeted a picture of herself wearing the $32 hat, which includes a link to her political action organization, Onward Together, founded in 2017.

On Monday, FBI agents searched Trump’s Mar-a-Lago property for classified documents he allegedly took from the White House before leaving office in 2021. The search warrant, according to a senior government official, was related to the National Archives.

After recent polls showed Trump as a strong contender to run for a second term as commander in chief again in 2024, Republicans and Trump’s camp accused the FBI of working for Democrats.

According to Hillary Clinton’s top campaign attorney, Mark Elias, the FBI raid on Monday could disqualify Trump from a second term in office. Under the guise of searching for classified documents allegedly taken from the White House when Trump left office, the FBI raided Donald Trump’s Mar-a-Lago home. Elias cited U.S. Code Title 18, Section 2071 — which governs the keeping of federal records. However, other legal experts have chimed in and do not believe that code would bar Trump from a second term, partly because Trump, as president, held broad powers over classified documents. The other problem is that the constitution allows Congress to disqualify people from office via impeachment, but not on ordinary criminal law.

The raid seems to have brought Trump support among fellow Republicans and may have strengthened his resolve to run again in 2024.