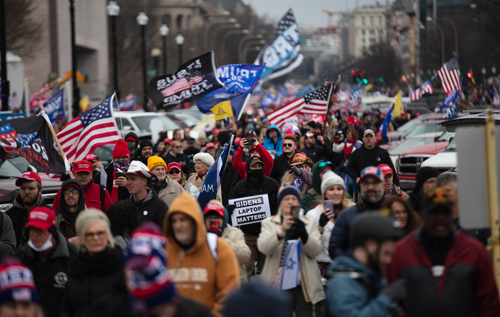 “This guy never stops,” Biden said of Johnson, R-Wis., referring to Johnson’s recent positions. However, guess what? He is not going to stop, either. To a raucous round of applause, Biden said.

As he did later in Pittsburgh, Biden emphasized the Inflation Reduction Act, a massive climate, health-care, and tax bill he signed into law last month that included a cap on insulin prices for Medicare patients. Johnson voted against the bill.

This year, we beat pharma, Biden said, his voice rising. And it was significant. We’re going to make a difference in people’s lives.

Biden emphasized his accomplishments in health care and senior assistance at the same time that Democrats in the state have focused on the issue in the Senate race against Johnson — one of the most important in the country because the balance of the Senate is at stake in November.

Johnson previously stated that funding for Medicare and Social Security should be reviewed annually rather than automatically included in the budget. His remarks sparked a barrage of criticism, with critics accusing him of attempting to end the programs (Johnson has denied that).

Lt. Gov. Mandela Barnes, Johnson’s Democratic opponent, did not attend the event. On the other hand, Gov. Tony Evers spoke, and Evers is running against Republican Tim Michels in a currently tied race.

Biden also spent a portion of his speech emphasizing remarks he made last week in Philadelphia, where he chastised segments of the Republican Party for embracing extreme views led by Trump. In his speech last week, Biden stated that supporters of Trump’s Make America Great Again philosophy, particularly those who refused to condemn the attack on the United States Capitol on January 6, 2021, posed an existential threat to democracy.

On Monday, Biden slammed Trump’s supporters again, noting that not all Republicans share his worldview. Biden said that he wanted to be very clear right away. Not every Republican supports President Donald Trump, and not every Republican believes in MAGA’s extreme ideology, and he knows this because he spent his entire career working with mainstream Republicans. On the other hand, Biden stated that the radical MAGA Republicans in Congress have chosen to go backward, full of rage, violence, hatred, and division. But we can choose a different path forward if we work together.

Biden went after Johnson again, saying that to this day, MAGA Republicans in Congress defend the mob that stormed the Capitol. People were killed there, and Senator Johnson stated that the protest was mostly peaceful. Have you seen the videos from that day? he asked.

Biden gave a similar speech at the United Steelworkers of America Local Union 2227 in Pittsburgh. It was Biden’s third trip to Pennsylvania in the last few days.

Lt. Gov. John Fetterman, the Democratic candidate for Senate in Pennsylvania, posed for photos with Biden before Monday’s event and then delivered remarks before the President took the stage. Fetterman did not accompany Biden to his recent appearances in Wilkes-Barre and Philadelphia.

Biden’s speech in Pittsburgh emphasized his recent legislative accomplishments, and he praised Fetterman, saying he would like to be next to him “in a fox hole.” Unlike the President’s verbal scolding of Johnson in Milwaukee, Biden did not prepare for Fetterman’s opponent, Mehmet Oz.

Instead, the President condemned MAGA Republicans once more, saying that “democracy is at stake.” He also slammed Johnson’s stance on Social Security and Medicare.

Fetterman, who has been polling ahead of Oz, said he hoped to discuss marijuana legalization with the President during his Labor Day visit. As the November election approaches, some Democratic candidates have attempted to distance themselves from the President. Democratic federal office candidates outperform Biden in state polls, despite his rising approval ratings.

In an interview, Monday, Josh Shapiro, the Democratic nominee for governor of Pennsylvania, declined to say whether Biden’s appearance helps or hurts his campaign.