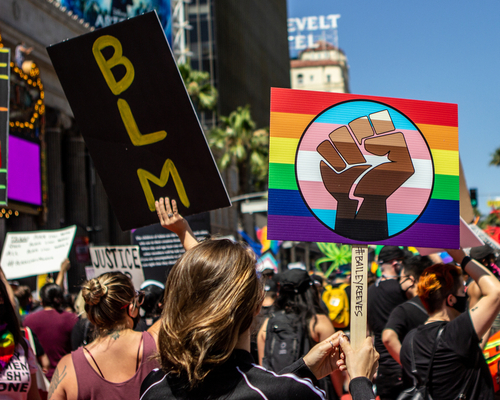 Several Black Lives Matter chapters have launched a lawsuit against the BLM Global Network Foundation, a nonprofit corporation spawned by the protest movement, accusing it of robbing local activist organizations.

Thursday’s complaint was filed by BLM Grassroots, an organization comprised of 26 BLM chapters in the United States, United Kingdom, and Canada.

The local organizers argue that the foundation, which throughout the years has acted as a conduit for donations to assist BLM, has mishandled the finances and excluded local chapters from decision-making.

The grassroots organization, which consists of BLM chapters in Los Angeles, Michigan, Atlanta, and Boston, claims that the foundation that operates blacklivesmatter.com has shut them out of the major BLM social media accounts.

The complaint accuses the foundation director of “unjust enrichment,” especially the theft of $10 million in charitable contributions for personal spending. Black Lives Matter Grassroots alleges that Shalomyah Bowers, the leader of the Black Lives Matter Global Network Foundation, misappropriated cash from local activist organizations. BLM Grassroots stated in a complaint filed Thursday in Los Angeles Superior Court that Mr. Bowers determined he could not let go of his own piggyback. He violated his fiduciary obligations and the public trust by committing self-dealing. Instead of using the money for their stated intentions, Mr. Bowers redirected them to his personal coffers and made deliberate efforts to block the BLM from using the same funds for an on-the-ground movement activity.

At a recent press conference, Dr. Melina Abdullah, director of BLM Grassroots and co-founder of the BLM Los Angeles chapter, stated the assets they built, the financial resources, the social media platforms, and the name Black Lives Matter were taken from them. She stated that they are under the control of consultants.

Bowers denied financial impropriety, arguing that the BLM grassroots network is complicit in systematic racism by filing suit against him. According to a tax filing, the organization allegedly paid his consultancy business $2,000,000 in the fiscal year 2020.

The plaintiffs’ attorney, Walter Mosley, claimed to the Los Angeles Times that Bowers channeled money from the nonprofit to his firm and charged extravagant fees in the multimillions.

Bowers stated that the plaintiffs, who identified him and the headquarters in the lawsuit, were victims of the carceral logic and social cruelty that drives the judicial system.

Directors serving on the board of the Black Lives Matter Global Network Foundation, on which Bowers serves, stated in a joint statement that they would instead take the same steps as their white oppressors. The board of directors claims they will use the criminal legal system propped up by white supremacy (the same system they claim to want to dismantle) to settle the movement’s disputes. The lawsuit is currently pending in Los Angeles superior court and is seeking damages, restitution, and a temporary restraining order to prevent the umbrella group from accessing BLM accounts.