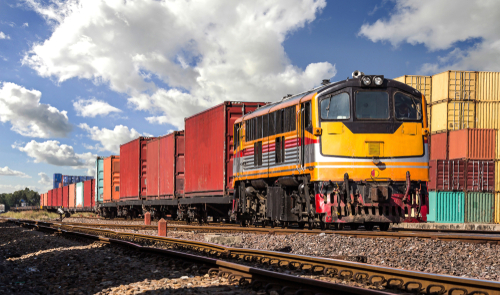 To prevent a nationwide railroad strike, Congress acted swiftly. A compromise settlement was imposed on freight railroads and a dozen labor unions, and the U.S. House of Representatives approved more paid sick leave for rail workers.

The House passed the bill, but it still needs to be considered by the Senate. The House also passed a separate bill providing rail employees with seven paid sick days.

Using the authority of a 1926 statute that permits Congress to interfere in railroad conflicts that threaten to disrupt the U.S. economy, House members were ready with their vote on Wednesday morning on legislation that would compel the acceptance of a preliminary labor deal by train employees.

This action would end a protracted labor dispute between Union Pacific Corp., CSX Corp., and other freight railroads and more than 115,000 workers. In a late-Tuesday letter to Democratic House leaders, House Speaker Nancy Pelosi (D., Calif.) expressed reluctance in requesting their vote to compel the agreement’s passage after President Biden’s appeal for congressional intervention.

She said in the letter that Democrats had supported hardworking railroaders in their struggle against wealthy railroad corporations for fairer salaries, benefits, and working conditions. According to Pelosi, they had to act to avert a devastating strike that would affect the lives of practically every family. If the strike was allowed, it would wipe out hundreds of thousands of jobs, including union positions, keeping food and medication off the shelves, and preventing small companies from bringing their products to market.

Some Republicans supported the legislation to end the rail dispute while condemning the White House for failing to negotiate an agreement that unions and management could support.

Why is Congress taking this action? Because of the president’s failure, the government also failed. House Committee’s Chairman (for Transportation and Infrastructure), Rep. Sam Graves (R-Missouri), brought the issue to Congress. He declared his intention to support the bill upholding the labor agreement and asked his colleagues to do the same.

Members of the House voted twice. One vote on a bill mandated the agreement’s implementation and the second vote for extending paid sick leave to seven days.

As a condition for their support of the labor agreement, several Democrats had expressed their desire to enhance sick leave benefits. Rep. Rick Larsen (D., Wash.) stated that it should be acknowledged that the tentative agreements fall well short of what is required for paid leave for train workers. Benefits are not a substitute for paid sick leave. Who goes to work unwell to receive a pay increase? Who demands that? Uniquely the railroad industry.

More than two years have passed since freight railways and unions representing engineers, conductors, machinists, and other workers began labor discussions. During the summer, the White House formed a mediation group. Eight unions approved the proposed contract that resulted from these negotiations, while four did not. Until December 9, all parties have agreed to a cooling-off period.

Legislators from both parties expressed displeasure with the perks promised to railroad workers, notably paid sick leave, and expressed reluctance to compel them to accept a contract. The five-year pact replaces an expired contract and provides train workers with a 24% salary rise from 2020 to 2024. It permits an additional paid day off, existing vacation, and paid time off.

Under the Railway Labor Act, Congress can compel both parties to accept an agreement that their respective members have rejected. In addition to ordering discussions to continue and delaying the strike deadline for some time, legislators can also refer the matter to independent arbitrators.

According to Thomas Kohler, a law professor at Boston College Law School, Congress can impose additional restrictions, such as paid sick leave, using its jurisdiction under the Constitution’s commerce clause to regulate interstate trade.

Mr. Kohler stated the current idea, with its modest paid leave, doesn’t fix the concerns that the railroads and the unions have. This issue will persist until the next collective bargaining agreement.

Railroad workers receive paid sick leave benefits, according to the Association of American Railroads. Still, workers claim that the requirements for extra paid sick days off are too demanding. While the provisional agreement provides workers with one additional paid personal day off that might be utilized as sick leave, workers who maintain tracks, for example, claim they receive only one more hour of paid sick leave after thirty hours of labor.

The railroad owners contend that the existing benefits are the product of years of labor negotiations and that unions have emphasized other factors, such as pay, above paid sick leave.

Some labor groups hailed the vote on sick leave, despite unions’ concerns that Congress’ action may weaken their negotiating position. Greg Regan and Shari Semelsberger, respectively, heads of the Transportation Trades Department of the AFL-CIO, stated right now, every member of Congress can be an advocate for the working class. Since the 1960s, Congress has intervened in at least 18 railroad labor conflicts, according to the U.S. Chamber of Commerce.