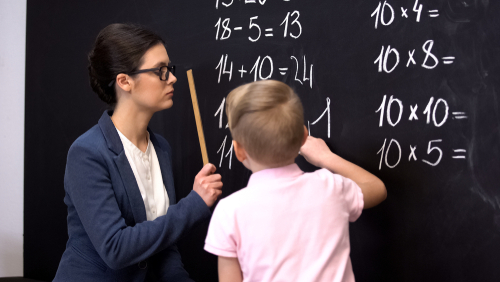 According to the district’s website, a southwest Missouri school district’s opt-in policy allows corporal punishment when all other alternatives have failed. It is unclear how the district defines “reasonable,” though the school handbook states punishments will only be administered “by swatting buttocks with a paddle.”

A survey sent out to staff, students, and parents in May led to the decision to bring back the old-school punishment, Cassville Superintendent Merlyn Johnson said.

Concerns about student discipline were among the suggestions, Johnson said. Our response was to implement several different strategies, including corporal punishment.

A  2016 study published by the Society for Research in Child Development stated that even though corporal punishment has been out of favor since the 1970s, it was legal in 19 states six years ago, and over 160,000 children were punished with it each year. By a 5-4 vote, the Supreme Court decided in 1977 in Ingraham v. Wright that school corporal punishment was constitutional and did not violate the Eighth Amendment.

Moreover, according to an article that was published in the Journal of Family Psychology in 2016, a study found that corporal punishment is not an effective strategy wherever it is used. The authors of the meta-analyses found no evidence that spanking improves child behavior but rather that it increases the risk of 13 adverse outcomes. The use of spanking by parents, practitioners who recommend it, and policymakers who allow it might need to reconsider, given that no evidence indicates it is beneficial for children. All evidence suggests that it could be harmful to them.

Nevertheless, the Cassville R-IV School District said parents and guardians who want corporal punishment for their students must submit a form to opt-in to the policy. A parent or guardian must be notified before a student is punished based on the principal’s recommendation.

Punishments can only be administered by “certified personnel” in the presence of district employees. Students cannot be struck on the head or face, and there can be no chance of bodily injury or harm to them. In accordance with the policy, Johnson must receive a report explaining the reason for corporal punishment and details of how it was administered.

Additionally, the policy specifies that staff members may use reasonable physical force to protect students or property.

8 thoughts on “Corporal Punishment is Still Occurring in US Schools”