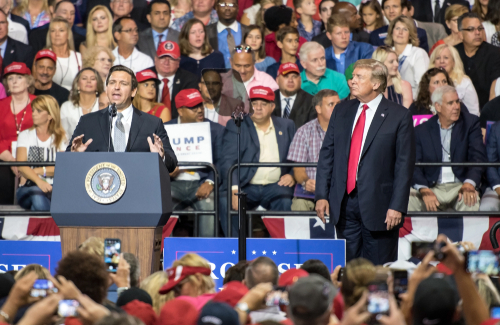 Florida has historically been one of the biggest swing states in the country during presidential elections. It is the first time in the history of Florida that there are more Republican voters. Add to the fact that DeSantis has a historic reelection war chest of $140 million. Is there anything you can do? You can apparently give up if you are a Democrat.

That’s correct; the national Democratic Party has signaled that they won’t invest as heavily in Florida as in the past. It is interesting to note that National Donors do not think Florida is a good investment because DeSantis is expected to win. Keeping up with him and his war chest would be incredibly expensive, particularly when compared to other states such as Arizona and Pennsylvania. Additionally, DeSantis’s war chest is still growing.

The truth is that Crist had implicitly acknowledged that he was running a losing campaign by promising to run like Biden in 2020 when that candidate lost Florida by 3.3 percentage points to then-President Trump in 2016, the largest margin of defeat in that state since 2004.

In private, Fried and Crist’s consultants said they just wanted to keep the race close against DeSantis, but they did not believe either candidate stood a chance of winning the election in November.

Governor Ron DeSantis is regarded as a political powerhouse in the state of Florida. The polls show that he is only trailing a battered Trump in the presidential race for the 2024 elections, and there is no Republican candidate who can even come close to Trump’s poll numbers.

In an acknowledgment of the long odds, one Crist adviser grimly chuckled, “It’s the Powerball election.” A chance of winning the Powerball jackpot is one in 292.2 million. This would be the equivalent of a “Hail Mary Pass,” which, if you were a football player, would be so slim that the chance of winning is nigh on impossible. In November, that is precisely what Crist will be up against.