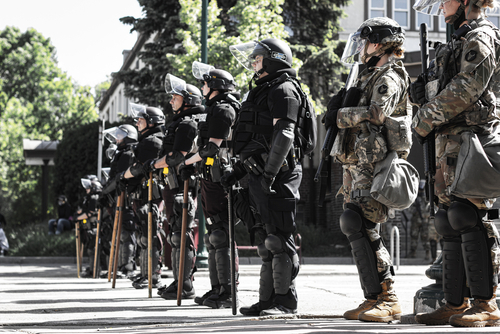 On Monday, the Pentagon denied a request from Washington, D.C., Mayor Muriel Bowser to activate the National Guard to assist thousands of migrants arriving in the nation’s capital.

On Aug. 4, Bowser requested National Guard help, but the Pentagon rejected it. In a second letter, she asked for 150 National Guard troops to protect our nation’s capital from prolonged humanitarian crises caused by migrants arriving daily.

In a letter to Bowser on Monday, defense secretary Kelly Bulliner Holly wrote that the D.C. National Guard had not been trained to assist migrants, so activating it would reduce their readiness.

In the letter reviewed by Fox News, Holly wrote that DCNG has no specific experience or skills for providing facility management, feeding, sanitation, or ground support for this type of mission. Holly explained that approval of this request would also significantly impact DCNG readiness. A prolonged mission would require the cancellation or disruption of military training if personnel or facilities were committed to it.

Since April, 7,000 migrants have been bussed from Texas to Washington, D.C., and another 900 have arrived in New York City. These numbers are from Gov. Greg Abbott’s office and do not include the Arizona bus sent by Gov. Doug Ducey.

The National Guard and Texas agencies have joined forces to bus migrants into the nation’s capital as part of Operation Lone Star, a campaign to clamp down on illegal immigrants coming into Texas from Mexico and to halt the flow of weapons, drugs, and human trafficking. Buses have transported thousands of migrants to Washington since the program began.

It was Texas and Arizona that bore the brunt of the chaos and problems before buses began transporting migrants to New York, Abbott said Friday. The rest of America can now understand precisely what is going on. Abbott is busing migrants to Washington, D.C., and New York City, so that the Biden administration will be persuaded to take action in securing the southern border.

Bowser called the busing of migrants a “politically motivated stunt.”

In our country, we have a broken immigration system, and cities alone cannot fix it, Bowser tweeted. A humanitarian crisis will continue to be managed by working with federal partners and local NGOs.

Additionally, according to the Pentagon, several non-government organizations and civilian groups assisted with migrants’ arrival.