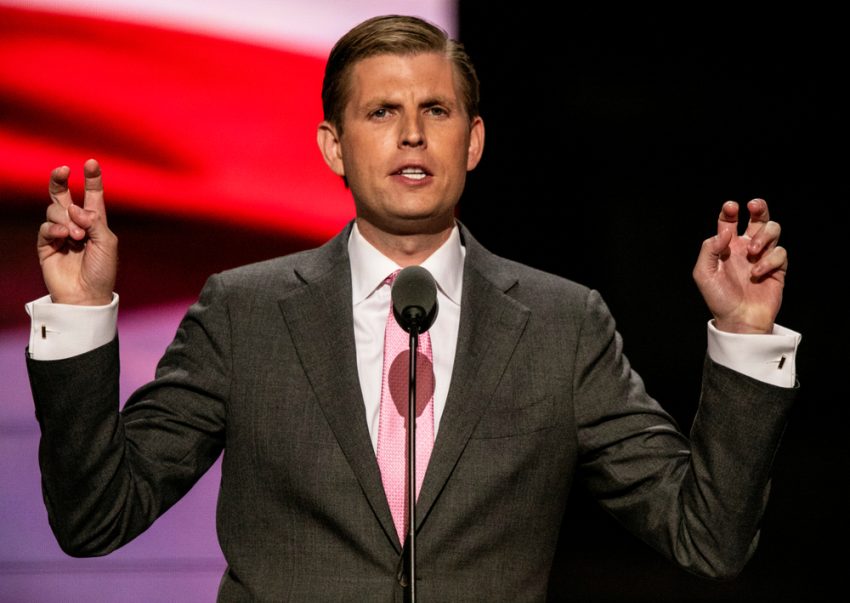 President Donald Trump’s son Eric Trump is putting the FBI  on notice about its raid on Mar-a Lago: the incident was recorded. President Trump’s son, Eric Trump, told Sean Hannity that they would release the video surveillance footage when it was the right time. He also confirmed that FBI agents had requested that Mar-a-Lago’s surveillance cameras be turned off, which staff members refused to do. According to Eric Trump, insisting that cameras be turned off undermines the concept of transparency in law enforcement.

President Trump was not home when the raid took place last week. It purportedly involved reclaiming government documents from Trump, who confirmed he worked with federal agents to sort through documents and determine where they should be kept. The federal agents had visited Mar-a-Lago weeks earlier and asked for a better lock on the room where Trump’s presidential documents were kept.

It was an out-of-the-ordinary raid since prior government officials, including Hillary Clinton, handled document issues through lawyers and administrative means.

Those who criticize the Democratic agenda against Trump claim it’s the latest attempt by Democrats to prevent him from running again in 2024. While he hasn’t announced yet, he is the leading Republican candidate.

According to RedState.com, the FBI “continues to flail” after the raid, ostensibly safeguarding government records.

There is already confirmation that agents took three passports belonging to President Trump, which they were not supposed to have and denied having, and are now trying to return them to the former President.

We’ve gone from DOJ claims of justified, precise police action to the revelation that the warrant was a free-for-all, allowing whatever was seized to be taken. As a result, many people speculate that the FBI agents were looking for materials related to January 6th. The raid appears to have been politically motivated and carried out in a way that violated all precedents.

According to the commentary, there was no clear indication of what would be proven in the video. It is known that FBI agents searched Mar-a-Lago and that they rifled through Melania Trump’s wardrobe as well. Video footage might bring a fresh round of disapproval, but the fundamentals remain the same. Legally, the warrant was signed and executed. Nevertheless, the DOJ is fighting to keep the underlying probable cause secret.

Christina Bobb, a former President’s (Trump) attorney,  stated President Trump and his family had the CCTV video and were watching the raid in real time from New York.

On Fox News,  Eric Trump claimed without substantiation that the Mar-a-Lago raid had resulted in “the greatest fundraising.