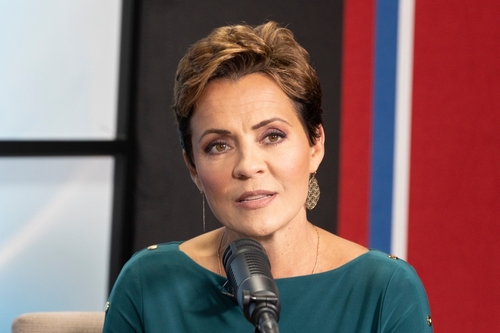 Republican Kari Lake is not wilting in the face of expectations that she will lose the Arizona governor’s race to Democrat Katie Hobbs on Monday. Lake tweeted her final thoughts on the election announcement: “Arizonans know BS when they see it.”

She regularly questioned the legitimacy of the 2020 election that led to Joe Biden’s presidency during the campaign. She told ABC News last month that she would surrender the governor contest only if “it’s fair, honest, and transparent.”

On Monday, about a week after the midterm elections, ABC News predicted Hobbs would win the Arizona race, concluding that her victory was part of a “surprising rejection of election deniers in midterm contests.”

CNN predicted that the Democrat would win, calling her “one of the most famous defenders of former President Donald Trump’s claims about the 2020 election.”

Fox News followed the clamor in calling Lake lost but emphasized that the election might be re-counted under Arizona law.

The Associated Press justified its support for Hobbs by stating that “the most recent batch of vote disclosures gave her a large enough lead that the AP decided she would not surrender it.”

“The AP found that, despite Lake showing increasingly higher margins in Maricopa County vote updates, she was not garnering a significant enough percentage to surpass Hobbs and was running out of votes,” it stated.

Over 2.5 million ballots were cast, and Hobbs won by about 20,000 votes, according to AP results published in The New York Times on Monday evening.

Hobbs made a statement after news outlets declared her the winner.

Hobbs stated that she wanted to express gratitude to the people for entrusting her with this enormous responsibility. It is truly a once-in-a-lifetime honor, and she will do everything she can to make everyone proud. Hobbs also wanted to express gratitude to her family, volunteers, and the campaign team. This night would not be possible without all of your hard work, enthusiasm, and sacrifice. Hobbs thanked everyone from the bottom of her heart.

Hobbs added that she would fight just as hard for Arizonans who did not vote for her. Because even in this period of division, she thinks there is so much more that links everyone. She finished by adding, “Let’s go to work.”

Journalist Kyle Becker stated that disputing an election was fair does not entitle one to the media moniker of “election denier.” Lake stated that as Arizona’s secretary of state, Hobbs should have recused herself from monitoring the election.