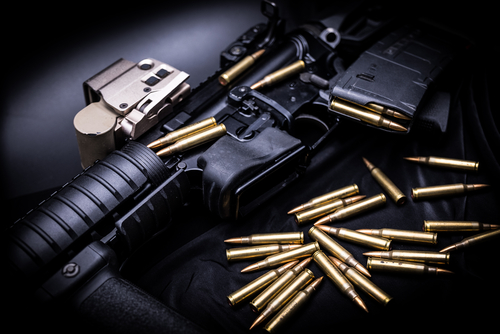 The president is once again urging for a ban on “assault weapons,” but one Republican senator says the option has been removed from the table.

During his speech on Wednesday for the 10th Annual National Vigil for All Victims of Gun Violence, President Biden urged the banning of “assault weapons.”

Biden claimed he was able to get the most substantial gun reform enacted in 30 years after visiting with the relatives of the deceased at Sandy Hook Elementary School, but that it was not enough.

According to Biden, many things are just common sense, simply common sense, as he puts it. Biden stated that their efforts continues to be limiting the ammunition in cartridges, what kinds of weapons can be bought and sold, and the effort to outlaw assault weapons. Biden stated that they had done this before, back in the 1990s. The project was successful, he said. Numerous lives were spared due to the marked decline in mass killings by violent extremists. Adding that, in all honesty, we are capable of doing it again.

Biden was alluding to Chuck Schumer (C), a Brooklyn congressman and senator who sponsored an “assault weapons ban” in 1994. Schumer claimed the banned firearms were not intended for sport shooting or hunting. Schumer stated that assault weapons’ sole purpose was to slaughter as many humans as possible and in the quickest time feasible.

The effects of banning assault weapons were complex. Former President Clinton’s crime bill included a federal assault weapons prohibition from 1994 to 2004. Democrats have been lobbying hard to revive the ban ever since it lapsed.

According to Fox News, a prominent Republican senator warns the Democrats’ gun-grab plans may not go anywhere. Sen. John Cornyn (R-TX) told Fox News on Wednesday that he does not believe the assault weapon ban would get traction, saying, “I don’t think it’s on the table.”

Senator Richard Blumenthal, a Connecticut Democrat, told Fox News that the Senate has a lot going on, adding that as of today, there are “probably not 60 votes” for the gun legislation, which means Democrats are unlikely to find 10 Republican senators willing to break a filibuster for the bill to pass.

Blumenthal hosted a news conference on Wednesday with Illinois Democrat Dick Durbin and the anti-gun March Fourth Coalition to try and get an assault weapon ban passed in the Senate during the lame-duck session.