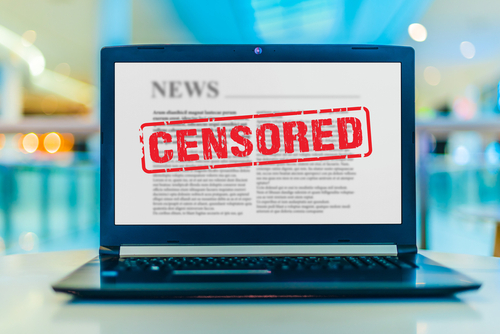 For those who do not follow the “Twitter Files” releases, here are some of the essential highlights:

The FBI spent $3.5 million to block conservatives on Twitter, and the FBI compelled Twitter to provide information that legally required warrants, even though they lacked warrants. Eventually, the FBI instructed Twitter to censor tweets and suspend accounts in the months leading up to the 2020 election, and nearly all were from conservatives.

The FBI knew the Hunter Biden laptop story was true, they knew it would be released weeks before the 2020 election, and they informed the IT industry to expect a “Russian disinformation” dump and squash the news.

This suggests that the FBI tampered with the election to support Joe  Biden. Former FBI personnel are so numerous on Twitter that they have their Slack channel.

The contents of Hunter’s laptop reveal beyond a reasonable doubt that the Biden family received tens of millions of dollars from communist-affiliated Chinese enterprises for no obvious activity. Even though the FBI knew the laptop was authentic, it pressured Big Tech businesses to minimize the story and make it unshareable. Even to the extent of suspending the New York Post’s account for publishing the Hunter laptop story, Twitter’s communist sycophants were delighted to play along.

In reaction to the “Twitter Files” documenting the existence of the FBI-Twitter circle, the FBI dismissed the charges as “conspiracy theories” but never disputed its link with Twitter.

Saturday, Elon Musk gave the world an early Christmas gift by releasing Twitter Files Pt. IX. Here is a summary so you can bypass the Twitter chaos and get to the pertinent information:

FBI’s San Francisco office was a gateway for other government agencies to access Twitter to monitor and restrict American citizens. Under the guise of the Foreign Influence Task Force (FITF), local police departments, the Department of Defense (DOD), and the CIA monitored and censored American citizens, not foreigners.

Not only was Twitter inundated with spies, but so was every other major technology company. The federal government has its hands in Verizon, Reddit, Facebook, Microsoft, and for some reason, Pinterest. As the 2020 election approached, the FBI-FITF flooded Twitter with requests to remove accounts and messages. Twitter executives had to devise a mechanism for prioritizing requests since there were so many.

Instead of pursuing actual criminals, FBI officers were entrusted with doing word searches on Twitter, looking for infractions of Twitter’s regulations.

Approximately 80 FBI agents worked with Big Tech businesses. It is unknown how many DOD, CIA, etc. personnel participated in the censorship.

The FBI was not the only government agency that censors and monitors Americans. Twitter was a real “pig pile” for eavesdropping on the American people. In addition to the Department of Defense, the Central Intelligence Agency and even the local police were involved. Twitter was only one slice of the pie. Other Big Tech companies, like Facebook and Verizon (a cell phone provider), were also involved. The ultimate Big Brother is watching. Based on what has been uncovered, U.S. citizens were routinely spied upon and silenced, or at least the ones who opposed the Stalin-like censorship and surveillance of Americans.