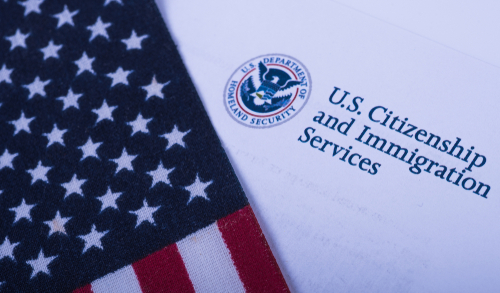 By a decision of 5 to 4, the United States Supreme Court has upheld the Trump administration’s Title 42 border policy (with Conservative Justice Gorsuch joining the liberal Justices in dissent). The Court has also agreed to hear oral arguments and decide by the end of June on whether individual states can intervene.

During the COVID-19 pandemic, the Title 42 emergency public health policy was implemented in March 2020, authorizing border officers to deny asylum requests at U.S. borders to prevent the entry of infectious illnesses.

The verdict overturns a judgment by activist Democratic judge Emmet Sullivan (famous for his role in the Michael Flynn case), who deemed the Trump administration’s policy “arbitrary and capricious.”

Tuesday, the Department of Homeland Security (DHS) stated in a court filing that the Title 42 regulation is “obsolete.” DHS said that Republican-led states want the Court to force the federal government to continue using Title 42 “as the nation’s de facto immigration policy.”

Due to the U.S. Supreme Court’s decision last week, states headed by Republican attorneys general filed the emergency request. The District of Columbia Circuit’s Appeals Court denied their request to stop the program from being terminated.

On December 19, Chief Justice John Roberts put Sullivan’s judgment on hold while the Supreme Court deliberated its next move on whether to keep the program running or terminate it.

Federal officials have recognized that “illegal border crossings” and “temporary interruptions” are expected to grow with the repeal of Title 42.

Intervention at the eleventh hour will prevent the projected influx of migrants wanting to enter the United States at a time when border crossings are at or near record highs. Without Title 42, asylum-seeking foreigners might enter the United States, be granted a court date for an immigration hearing, and then be released into the nation, generally never to return for the hearing. Title 42 permits the government to instead deport migrants awaiting their hearings.

Several Democrats, notably Sen. Joe Manchin (W.V.) and Gov. Gavin Newsom of California, have voiced their support for Title 42, with Newsom warning that the immigration system will “collapse” if the regulation is eliminated.

Families of immigrants are contesting the policy, arguing to the Supreme Court that the limits expose those who cannot enter the United States to abuse, torture, rape, and murder. Lawyers from the American Civil Liberties Union Foundation stated on behalf of the group stated that the record, in this case, illustrates the genuinely remarkable miseries that Title 42 expulsions inflict daily on noncitizens.

The Republican-led states described the administration’s strategy as a”planned and deliberate capitulation.” The states have stated that removing the limits would necessitate increased spending on law enforcement and social services.

Separately, the government is attempting to eliminate the strategy via a regulation released by the Centers for Disease Control and Prevention in April. A federal trial judge has halted this endeavor, which is now currently before a separate appeals court.