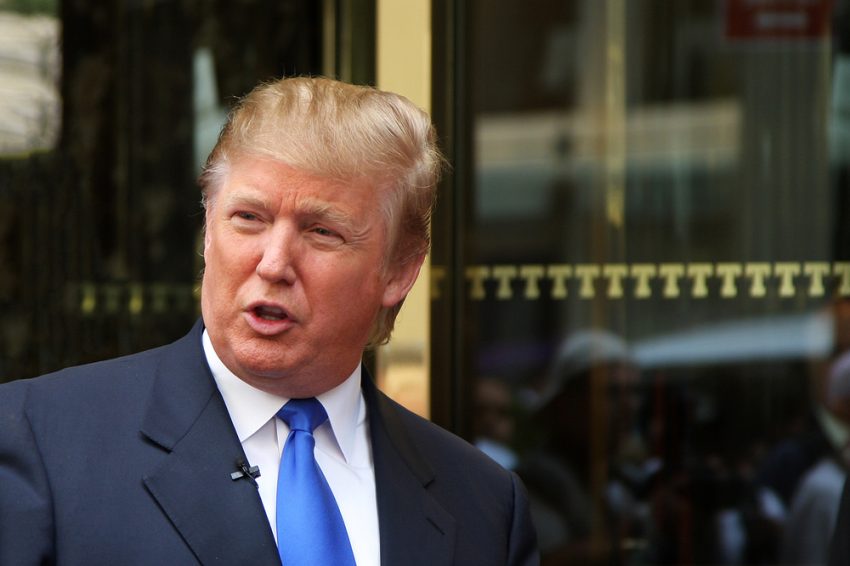 Former President Donald Trump has been getting a lot of press lately. The FBI raided his home on August 8, and the events have just continued. On August 11, Trump invoked the 5 Amendment at his deposition. It was also made known that his constitutional rights may have been violated when the FBI seized attorney-client privilege documents and his passports. In his latest move, Trump posted that he plans to file a motion regarding the violation of his rights. The FBI and the DOJ should be held accountable.

However, Trump has so many ongoing situations that it is hard to keep them all straight. Trump could not contain his delight when Rep. Liz Cheney of Wyoming was soundly defeated for reelection by Republican Party primary voters on Tuesday. He is calling for the dissolution of the January 6 committee, as Cheney was a primary member of it. According to Trump, the committee should be dissolved now that Cheney has been ousted and the people have spoken.

A Georgia Judge ordered that Senator Lindsey Graham must testify in the Georgia Election Probe. On August 17, Rudy Giuliani, a former lawyer of Trump, gave his testimony before a Grand Jury regarding the same Election Probe.

The same day, Allen Weisselberg, the former chief financial officer of the Trump organization, pleaded guilty to tax fraud. What is the price of a mere five-month prison sentence? The promise to testify against the Trump Organization in late October, a few weeks before the midterm elections, which have become far more competitive. Is it any wonder that Trump sees this as a witch hunt?

A few hours after Weisselberg, a federal judge ordered the release of at least part of the affidavit justifying the FBI’s search of Trump’s Mar-a-Lago home. He has argued that the investigation into his possession of government documents is a “witch hunt,” Trump has demanded that the entire affidavit be made public. As an affidavit normally includes law enforcement agents’ arguments as to why they believe a crime has been committed and evidence is inside the building they want to search, it’s unlikely the disclosure will help the embattled former president.

With the final GOP primaries being held this week, in which loyalty to Trump was on the ballot, Trump’s “ping-pong” week highlighted the high-stakes situation for GOP candidates and the party itself.

The message was clear regarding Republican lawmakers and candidates: You’re either with Trump, or you’re against him. If you stop your support, you might find yourself alone in the wilderness of politics. Stay on; you might be swept off the “tracks.”

While the primary season continues into September, the primaries where loyalty to Trump played a role have been completed. In states with primaries held so far, more than half of successful Republican candidates have embraced Trump’s allegations of electoral fraud.

Election deniers were nominated as gubernatorial candidates in Arizona, Michigan, Pennsylvania, and Wisconsin. The party nominated candidates for secretary of state in Arizona, Michigan, and Nevada who questioned the results of the 2020 election. All will be expected to play a role in the state certification of presidential election results in 2024.

This week the former president and his team peppered supporters with fundraising emails. At one point, sending nearly 30 in a 24-hour window – offering signed photos, signed golf hats, signed golf flags, and invitations to become an Ultra MAGA member in exchange for contributions to his Save America PAC. Jared Kushner, who had never sent a fundraising email on behalf of his father-in-law, was slinging signed copies of his new book, “Breaking History: A White House Memoir,” to anyone who donated $75. Trump seems to be reaping the rewards, as reports indicate he raked $1 million a day last week following the FBI’s search of his Mar-a-Lago home. In the event that Trump decides to run for president in 2024, the raid will likely be the central campaign theme, infuriating the “law and order” and “back the blue” supporters.

For now, the battles continue, and the Trump Organization is facing a trial in New York; Georgia’s Fulton County is investigating whether efforts were made to overturn the 2020 presidential election in Georgia. Then there are also the potential indictments stemming from the House January 6 committee inquiry.

It appears that Trump will fight back, advising that he has a motion ready to be filed regarding violating constitutional rights. Furthermore, he has indicated that he may release the recording of the FBI raiding his home.

27 thoughts on “Trump is Going to Fight Back”