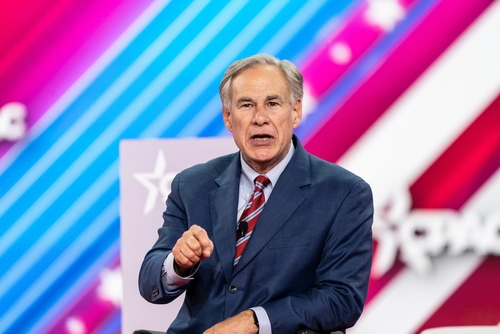 On Monday, nine buses full of migrants came to New York City and the area around it. This is the most migrants that have come in one day since southern states started sending them there.

At least 9,500 migrants are currently staying in the city’s shelters, and 23 emergency shelters have already been opened.

Mayor Eric Adams wants southern governors who keep sending people across the country to other states without warning or communication to work together better.

Adams said they are not telling anyone that New York can take in every migrant in a city. They are saying that as a city with the right to shelter, they will do what they must do. Adams added that they have called Governor Abbott to ask if “Can we work together?” Adams claims they refused to do it. Apparently, Adams didn’t get the memo that stated Abbott would stop when congress decided to address the border crisis.

One woman told Eyewitness News that her journey to the U.S. was hard and dangerous. She said this as she got off the bus. She made it to El Paso, where she joined more than 1,000 other migrants bused to New York City. She said her grown children are still in Texas, though.

El Paso now hires its charter buses for these trips. Eyewitness News reporter Janice Yu, who used to work in El Paso, said she has written about immigration for years. But what is happening now is unlike anything she has ever seen.

Adams has said that the city’s shelter system is at its limit because at least 13,000 migrants have come to the city since the summer.

El Paso Mayor Oscar Leeser said that in the past, most migrants who came to the U.S. had a sponsor who was already in the country and could help them with things like transportation. Right now, that’s not the case, so he said El Paso sends asylum seekers to the cities they want to go to, including New York.

Adams says that New York City will still be a sanctuary city, but he wants migrants to come voluntarily and in a kind way. On Wednesday, New York Governor Kathy Hochul had a call with the White House. During the call, they talked about ways to help asylum seekers get jobs faster so their families can start building a strong foundation. Hochul said she had already talked to Secretary Mayorkas several times about how they both want to get federal help for this crisis to help and a need to speed up the paperwork so that the immigrants will be able to work while their cases are being decided.

Adams also said that asylum seekers need help from the government to find housing and jobs.

According to the mayor, 23 emergency shelters have been opened, and 38 more are planned.

New York City Hall is now considering bringing cruise ships as temporary housing. Adams said that former Mayor Mike Bloomberg’s administration thought about doing this to deal with a rise in homelessness but never did.

As part of a series of TV interviews on Sunday, Adams begged Abbott to tell him at least a little about the buses going to the city, but he said that Abbott turned him down.

Adams said that he met with Sens. Chuck Schumer, Kirsten Gillibrand, and Biden administration officials last week in Washington, D.C., to ask for help from the federal government. He also wants the federal government to change the rules so asylum seekers can work legally in the U.S. without waiting six months. According to him, it doesn’t make sense to let people stay here for months without being able to look for work, especially when we need workers in many areas of our city, he said on CNN.

Adams denied again that he wanted to change the city’s right-to-shelter law, which says that every homeless person has the right to a bed. Instead, he wants to look at how the city has been carrying out the requirement, but he didn’t say which ways would change or how.